There are so many times that I just think I could be doing better. I always feel like I could be doing that much more than what I already am. It’s easy to walk these streets and feel like I’m a Christian who has it all together, that just because I had answered a call to travel the world and follow Jesus, I’m somehow above reproach, that I’m somehow better off than all of those others who still work their 9-5 jobs in the States, miserable as hell.

Sometimes I can’t stand the things people say to me. A lot of times I want to turn and run when some of the people in these countries treat me like I’m a saint, like I’m some high and mighty guy whos riding into their Sunday morning service on a white stallion, ready to rescue them from their impending spiritual death.

In fact, most days I wonder if I really even have it as together as I think I do. When I was in India we were in some marketplace, called the “Bazar” market or something. It’s a hot spot in Delhi for tourists. And trust me, there were a fair number of white people there. You know, the weird kind that travel the world and think themselves better than the rest of American society, not because they’re missionaries, but because they have seen the world–all those places that countries make look nice for people like them. But I guess it’s okay because I think I’m better than them because I go stay in the slums and then find sanctuary in a westernized coffee shop. 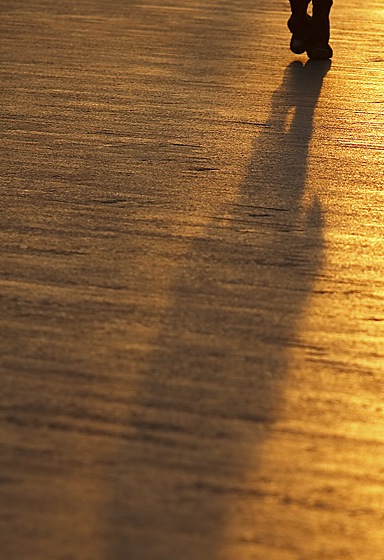 We were walking this market looking for some really awesome pants. The girls has seen a lot of tourists wearing them and they wanted a pair. These pants looked like something vagabonds would wear; genuine world travelers who plug themselves into the fun parts of culture. I was kind of along for the ride because I wanted to pick up some trinkets of my own, like a pair of linen pants that ended up being made of hemp. Who knew…

But take yourself out of the environment you’re in for a minute. Stop thinking about work. Stop thinking about those emails sitting behind these words. I want you to remove yourself from your own reality. Picture instead a narrow street flooded with people: Indians, Americans, Europeans, Asians – the like. Imagine that on your left and on your right are rows of apartment buildings, buildings that are run down and should be vacant, but instead they are houses, shops, and packed full of people who live there day in and day out. The street’s part mud, part dirt, and part pavement. Bicycles, feet, and cattle pollute the road youre trying to walk, a path that’s littered with trash and other things you can’t easily identify. As as you walk and try not to take in the wretched smell, you also try desperately to ward off the men trying to sell you useless things that you have no interest in.

This is the marketplace welcome.

And I wish that I was better at describing this place, at putting words to an image in my head, but I can’t seem to get out anything that would give it justice. It’s utter chaos, chaos in a world of what appears to be hopelessness that masks itself by the harsh realities of everyday life. I’m unsure where I even fit in within it all.

These were the streets we walked in search for pants.

My friend Mark and I were the only guys with about eleven girls that day. It proved to be a VERY long day of shopping, which is okay in some places, but not in places like this. I looked anywhere for something to take my mind off of the girls who couldn’t seem to decide which style of pants they liked more, what colors, and those other girly concerns. My eyes caught a beggar, a man sitting on the disgusting road shaking a small tin cup in his hand. My mind raced back to the day that my heart would instantly break for men like him, but I’ve found that I had developed a certain callousness for people like that.

Traveling the world does do something to you: it either makes you more human or more animal. I’ve found that my compassion for beggars has tended to wane. I don’t know if it’s a good thing or a bad thing. I think Jesus would gravitate towards people like this but I just don’t much anymore. The beggars here never see a cent that they earn anyway. They sit and beg and at the end of the day turn all of their money into the begging syndicate, a council that more or less is structured a lot like the mafia.

Imagine begging for eight hours a day and never seeing a penny that you earn.

I sat there and wrestled with my conscience for just a few seconds before letting my mind stray to something else, but I didn’t realize that God was searing something into the back of my heart. We walked around more, this time in search for a purse. I’m not sure I could have been doing anything more manly at that point in time, so I forced myself to be okay with it. But I kept seeing this man out of the corner of my eye, sitting on the ground, one leg curled in with a clubbed foot, the other sticking straight out, stiff as a board, with yet another clubbed foot. He dragged a small wooden cane along with him. His clothes were rags and his beard was caked with dirt. I’m sure this old man could have passed off as a leper in one of the colonies we visited, but I don’t know for sure.

And then there arose this battle in my spirit, almost as if the forces of darkness were grappling fiercely with the power of Light within me. I swear there was a physical battle in my stomach, which probably showed itself by my hesitation to even move from the shop I was standing in. But next thing I know, victory presented itself and I was freed from my vacancy of movement.

Through the sea of white people, bicycles, and salesmen, I made my way towards this child of God who perched himself on the ground, reaching his cup as high as he could for some spare change. Tourists were dropping in coin after coin as I began raising my voice. I just locked my eyes on this guy and started speaking life into him. Some people stopped in their tracks and tried to figure out what the heck I was doing. Apparently there was no doubt in my intentions because its as if everyone knew this man was my target of Jesus’ love.

Next thing I know my hand was on this mans shoulder, I’m hunched over looking directly in his eyes, he in mine, and I won’t move.
I felt the world moving around me, I felt things stirring, I felt people staring, but I didn’t seem to really care. I even heard the clinking of coins hitting the inside of his tin cup as his hand remained raised. But his gaze remained on me. I spoke life into his bones, I prophesied the day he would pick himself up and walk.

And even though I spoke English, I think he heard Hindi because he listened with that much intensity.

I stood, while he sat and stared.
Time ticked.
And then I moved.

I began walking away, allowing myself to be caught up in the movement of the world. I didn’t see a man walk. I didn’t reach out my hand and invite him into a world of faith, into the grace, mercy, and love of Jesus Christ.
I’m always one step behind.

And so I wonder if I keep up this lifestyle of always bein
g one step behind myself if I’ll ever see a difference made in this world. I mean I should have reached out my hand and seen if he would have grabbed it, if he would have put down his cup and pulled himself to his feet, but I didn’t. He didn’t. I just walked away with a varying lack of faith resonating in my bones and his. Or did I?

I think that a lot of times, everyone feels as if they’re just one step behind, as if they always forget what move should come next. And so I write this, again, not to prove to you that I’m a saint who globe trotted my way around from country to country. I’m just a man walking with a limp that’s much bigger than a beggar’s that I tried reaching out to.

Maybe one day I’ll pull a man to his feet.

If you liked this article, check out: A Picture of Grace

Matt graduated from Friends University in May. (Yes, it’s called Friends University, but they do not have a Central Perk…) He loves Jesus very much and is passionate about the Kingdom he seemed to talk about all the time. He likes cheesecake, chick-flicks, traveling, coffee, music, trying to write music, reading, and the outdoors. He is currently traveling the world for a year on the World Race.