When I was 19 years old God called me to orphans. At the time, it manifested in the form of the pro-life movement. I was an active, vocal, involved participant in Operation Rescue, and I spent years trying to reach women outside of abortion clinics. I was also arrested three times due to my activity. It was around this time that I first really read Matthew 25. I remember thinking, “I don’t do any of these things that Jesus says we are to do.” 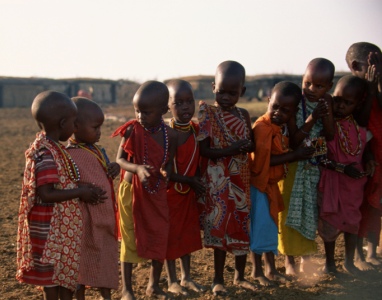 In 1990, I read an article in LIFE magazine about a single 27 year-old nurse who was taking in children with AIDS.

At the time children becoming HIV positive was a new issue . This lady knew the children would die soon after she took them in (there were no real treatments then), but she also knew she had to love them until they died.

I remember thinking how I wished I could do that . It broke my heart, and I never forgot that story.

At the time, Americans had no idea what AIDS was doing in Africa or would do there. We were all thinking it was a gay person’s disease. Christians were calling it God’s wrath on sinful, deviant man. We were very busy being against everything, but we were not busy visiting the sick, feeding the hungry, or taking care of orphans. Sure, some were; they were the stars of the faith like Mother Teresa and the millions of unnamed saints that served around the world. But the American church as a whole was absent.

AIDS changed all that. AIDS has created fifteen million orphans worldwide. Twelve million of them live in sub-Saharan Africa – an area of the world that has just over 10% of the world’s population. Two out of three people there are under the age of 25. The statistics alone show that the parents are gone. Missionaries on the ground there see first-hand that the country is full of children.

Eight-year-old heads of households. Teens that have never been parented. The very old and the very young populate Africa. This is a huge issue for all of us. These children are the future government, leaders, and workers of that area. Without parents, they are not guided and taught, so how will they know how to function in society? Think about that for a minute.

I believe that is why this generation of young people has had an awakening to social needs. Everywhere you look, there is a campaign for a cause. The church is finally leading the charge. And I believe it’s just in time. God is bracing them for a world that will look totally different than that of their parents.

Someone has to take care of these twelve million orphans. Yes, I said “has to.” Twelve million kids raising themselves and parenting themselves with no real direction can only lead to chaos and to a society with no ability to work with others. Complete anarchy and destruction of a society is the only thing that can result from a generation of parent-less citizens. Think about it.

So, that is why God is calling teenagers and twenty-somethings to the cause of AIDS and orphans. I believe personally that is why so many young women have closed wombs; God wants them to adopt and take care of these children. God has opened our eyes to a huge need. For people like me, it’s about being an example–educating the next generation about orphans, AIDS, and allowing them to find their role in taking care of a generation of lost children.

I know this all sounds heavy and doomday-ish; it’s not. It is a call to be “salt” and “light.” We are now at a place in time like the Holocaust. Will we act? Will we be the remedy, or will we sit by and let people die? I do not believe we will.

I hear the cry of a holy generation, asking God for the nations, counting the cost, willing to lay it all down to answer His call.

Carole lives in Baton Rouge Louisiana with her husband and two children. She is an artist, writer, wife mother and advocate for hurting, unwanted, orphaned and hungry children. You can visit her blog at thewardrobeandthewhitetree.blogspot.com.