I’m 44 years old and only just now discovering that I don’t know how to be a friend. 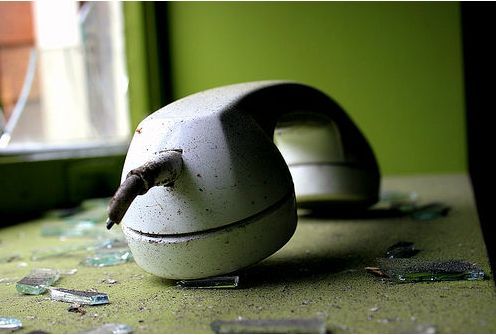 It’s not that I don’t have friends; I would have to say I’m blessed in that department. I have new friends and old, friends close and far away, friends I talk to weekly and friends with whom the spaces between our words are years long, friends my age, friends young enough to be my kids, friends old enough to be my parents, male friends, female friends, friends in person, friends (real friends, even, whether you believe it or not) online, different friends who know the different parts of me and even a few who know my most closely held secrets.

I’m not lacking in people to like, love, or enjoy.  This particular ponder is not a lonely lady’s lament.  Pretty amazing, really, considering I don’t know how to be a friend!

When I was growing up, my parents had friends.  We were always going somewhere to visit someone, whether for dinner, to work on some project together, or just to sit and talk.  It was part of the fabric of everyday life.  My parents still seem to be always going somewhere to visit someone.  But as for me in my adult life, my experiences with that kind of friendship have been few and far between, with an overarching disjointedness.

I’ve got new friends at my Monday night Bible study.  Some of their numbers are in my cell phone.  How often do I call them or text them?  Almost never.  One of the couples had me over for supper last week, and I’ve thought almost constantly since then how nice it must have been for my parents all these years to do that kind of thing week in and week out, year upon year.

I’ve got a friend I’ve prayed with weekly for going on ten years now, who could tell you stories from my life almost no one else knows.  Know how often I talk to her outside that prayer meeting? Almost never.

I’ve got old friends connected or re-connected to me on Facebook. Know how often I reach out to them in any way other than “liking” their status update?  Almost never.

I could keep on citing examples, but it should be crystal clear by now I think:  I don’t know how to be a friend.

Oh, there are always the excuses.  First I was married and all wrapped up in being the wife.  Then I had kids (both mine and others’) and nothing else mattered.  There were the long runs of 2 and 3 jobs at a time, and who had the time for friends?  And now I’m a single empty-nester – don’t want to intrude on my married friends’ time with each other, don’t want to intrude on my single friends’ other plans, don’t know how to reach out to male friends without muddying the waters of “is this a date or what,” don’t know how to make all the kinds of conversations women have among themselves.

The excuses sound good enough in themselves, but… eh… nah… scratch that.  Even when making those excuses they’ve felt empty and unreal.  The truth is I have couple-friends who are more than happy to hang out with me even though I have no mister to make it a double date.  I have male friends who aren’t freaked out thinking I’m moving in for the kill when I talk to them.  I have women friends with whom I can talk and not run out of stuff to say.  Yes my life is busy but come on – too busy for friends? Really?

Every year at Cornerstone in my favorite seminar tent, I hear people sharing about community and I am homesick.  This year we discussed “re-imagining church,” and considered the church being a family…being friends.  Real friends, who show up for each other, hang out together, help each other out, know each other’s crap, grow each other up.  Who make an effort to see each other, not just bump into each other at events they have in common.  This is a theme that’s been hitting me from many directions of late, and I don’t know what it would look like on a day-to-day basis, but it seems to me that time would be a crucial element.

Truth:  in my adult life, I have basically never been willing to give that crucial element to most of my friendships, outside of the ones where my role has been mom-ish friend. I kind of know how to be a mom or a mom figure, though I’ve learned in the past few years that I am really not all that and a bag of chips in that department.  But I really don’t know how to be a friend.

In our seminar discussions at Cornerstone, we noted that the traditional church model as known today says first you must believe as we believe, then of course you will behave as we behave, and at last you will belong with us. It’s a model that insists we are so amazing you will just see us and want to do whatever it takes to be one of us. That model isn’t working so well these days, for too many reasons to list here.

The challenge in re-imagining is to say that first we create a place where you belong with us, and what flows from that is that over time you believe as we believe, and from that belief you will eventually behave as we behave (all of that assumes that we are plugged into the Holy Spirit and not just living out of our regular old jerkish selves.)

So the re-imagined model is basically about being friends and letting God do the work in each of us in the midst. And while I’ve gladly welcomed those who would come to my table, folded them happily into my family and enjoyed them immensely, rare is the instance that I’ve extended myself beyond that. Proof that I have a long way to grow, when it comes to being a friend.

In these days where busy busy busy is the norm and social networking creates illusions of friendship where little or no relationship actually exists, I suspect I am not alone in this particular lack. But in the end, this little ponder is not about calling anyone out. The finger I point is at myself. I haven’t known how to be a friend. I’m not exactly sure how to fix that at this point. Perfectionist Karen Who Hurries Ahead sees the totality of the people I love and declares it impossible to get it right.

The God who carries me through, though… He’s not overwhelmed.

Think I’ll let Him keep on teaching me and showing me.

Karen was called into hands-on ministry through a painful passage, for which she is grateful daily. She currently works at a non-profit senior housing facility (the last place she’d have ever suspected God would send her), and learning much in the process.