While they were going out, a man who was demon-possessed and could not talk was brought to Jesus. And when the demon was driven out, the man who had been mute spoke. -Matthew 9:32

I wonder who else in the crowd had the eyes to see this mute’s bondage? Were there others who felt he was captive to a demonic terror? Did his mother, brother, best friend see him as a captive? I figure most likely not. The crowd that was gathered around Jesus, looked at a physical condition and came to a physical conclusion. Jesus saw past the physical circumstance, and into the Spiritual reality that demanded a God intervened conclusion. 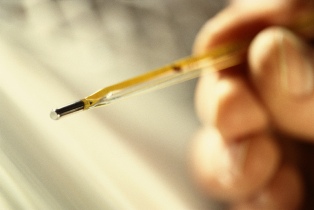 This week my wife and I have been confronted with two situations that demanded our attention to the Spiritual reality that underlay them, rather than the physical symptom that presented. One situation was a close friend who needed a biopsy for numerous “growths” on his liver and pancreas. The other was another friend, who swam to the surface of her drowning pool of depression to admit the abuse present in her marriage.

In both situations the physical indicator demanded the discernment of spiritual vision.

The thief comes only to steal and kill and destroy; I have come that they may have life, and have it to the full. – John 10:10

The master’s plan is antithetical. His plan is empowering, abundant, extravagant, overflowing life. The question is do we believe the physical evidence, or do we seek healing of the spiritual realities.

He himself bore our sins in his body on the tree, so that we might die to sins and live for righteousness; by his wounds you have been healed. -1 Peter 2:24

Everything was paid for through Christ’s body on the cross. Cancer is healed because Christ bore the wounds of cancer. Addictions are broken because Christ took their suffering upon his body at the cross. The abused are set free because Christ received the abuse in their place. Every captivity was proclaimed free, every bondage was broken, every oppression was loosed when CHRIST diametrically opposed it’s power through suffering the theft the destruction and the death so that we can be redeemed.

“Martha, Martha,” the Lord answered, “you are worried and upset about many things, but only one thing is needed. Mary has chosen what is better, and it will not be taken away from her.” -Luke 10:40-41

I know that my redeemer heals. I can not take the growths from my close friends body. I can call for the best doctors, get the best nutritional information off the internet, and provide support for him emotionally. I can busy myself with worry and work for his physical condition. Or, I can see that only one thing is needed.

I know that my redeemer heals. I can not rescue my friend from her abusive situation. I can wonder when her husband might become violent, I can question if I exasperated the situation, I can talk to her therapist to see what she needs to feel empowered to leave. Or, I can see that only one thing is needed.

I know that my redeemer heals. I can not take the place of God. I can not bear sin in my body. I can not bring freedom, release, and liberty. I can not serve my suffering friend by being so caught up in the stress and work of intervening in their problem, that I forget to do the one thing that is needed.

I know that my redeemer heals. I will sit with him, in peace, knowing that in his work, “It is Finished.”

Kevin is a dispossessed pilgrim who along with his wife and three children are living in the Chicago suburbs. When not at his “day job” in information technology, Kevin is looking for a crowd of students, teens, or adults to inspire to greater relationship with Christ. He and his family will soon be joining the AIM Swazi base to disciple orphans in Swaziland. at the Nsoko orphan village. Kevin blogs at his website kevinjbowman.com.