As I pulled into McDonald’s, I saw a pile of suitcases. Obviously, those of a homeless person. My thought went to where they would spend the night when it was zero degrees outside. 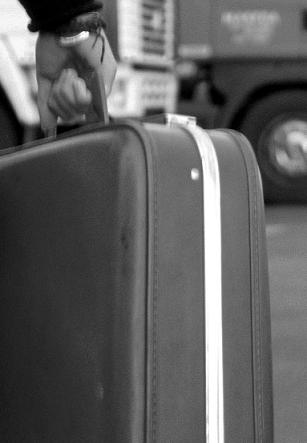 I looked up and there in the window with more suitcases was a woman in her sixties, homeless. I thought to myself, I have no money to give her, especially after having just gotten into a “fender-bender.”

But I so desired to do something radical and reach out to someone I normally wouldn?t. To reach out and, possibly, save a life.

So, I decided to be radical. I marched right up to the woman and asked her if she had a place to go tonight. She replied that she needed to get to the bus station at 9:00 PM (it was 7:00 at this point) in order to go pay a bill.

But, she had no way to get herself and her eight pieces of luggage to the bus station in the freezing cold. I asked her if I could give her a ride. While I was eating, I asked her where she had to go.

South Bend is only twenty minutes from where we were. So, I told her I would come back and get her and drive her twenty minutes the opposite direction I was going so she could save her bus fare for something else. She was shocked.

I was shocked at how easy it was to be radical.

On the way there, she asked if she could pay me gas money. I told her that no, I didn’t have any money to give her, but I had a full tank of gas, and the Lord will provide another way to fill it back up. I prayed for her and left.

I told this story to my two oldest kids the next day. I explained that radical living is laying aside my agendas, my tasks and putting someone else’s life before mine. That night, it could have even been life-saving with the bitter cold. I decided I was going to start living like a radical.

Me: “It means doing things that the world thinks is crazy.”

Garrett: “What could I do at school that would be radical?”

Me: “Being friends with the kid no one likes. When everyone else is asking why
you would even think to be his friend, you make a choice to befriend him.”

Garrett: “I want to be radical.”

He and I began a twenty-minute conversation about being radical for Christ. He even came home, found his dad napping, climbed in bed next to him, put his arm around him and said, “Dad, do you know what it means to be radical?”
This is now a part of his lingo. He even related it to the current favorite movie, Cars. 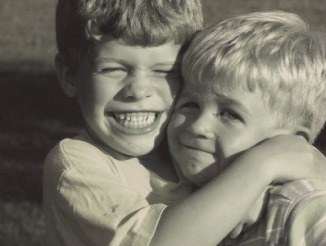 After thinking about being radical, he said, “Mom, in the movie Cars, when Lightning McQueen goes back and helps The King, and doesn’t win the Piston Cup, is that being radical?”

Me: “Yes, buddy, you got it! He put aside his greatest goal to save the heart of one who had been injured.”

Garrett: “If Chick had given the piston cup back to Lightening, would that have been radical?”

Yes, yes, yes! This kid got it. In my step towards radical living, I had a story to tell my children, which has given them a picture of truly following Jesus. At five and six, they can be radical, too. I even gave them permission to seek out the radical things in life, and, as their parent, I would help them accomplish radical living.

Sarae Martin is a shepherdess of a small flock of four as a stay-at-home mom. She graduated with a degree in Secondary Education, majoring in Spanish and English. She taught for three years but is currently living her dream of ministering at a Christian Camp in Michigan alongside her husband.