I remember the first day I met her. She was in junior high. I was subbing and she was a handful in my class. Acting up, acting out, and just generally making her presence known. I’d been at this long enough by then that kids like her were secretly my favorites. Some stuff happened in that hour that isn’t for retelling here. By the end of the class, she had lodged her name on my prayer list, never having known that I even noticed her.

The thing about subbing is there are these gaps. You come and go. Kids come and go. I wondered from time to time how she was and I prayed for her, sometimes even with tears. I didn’t know she’d moved far, far away.

The day she reappeared, I didn’t know it was her. I was sitting in the gym and she walked through the double doors, totally gothed out. A look that always catches my attention. I watched her walk across the gym and saw her attitude wrapped around her: a heavier cloak than the clothes, the black hair dye or the makeup. Inside I smiled, knowing for sure I was going to like this one. She registered big on my radar. I was just another adult in the room, and invisible to her at that point. Which was fine with me.

I mentioned to one of my youth church kids that I hoped she’d join us sometime. He didn’t say much at the time, but over the following weeks, he pestered her over and over. I watched, silent and smiling from afar, while he worked on it. Inviting her myself was a sure method of pushing her away. So I watched, prayed and waited. 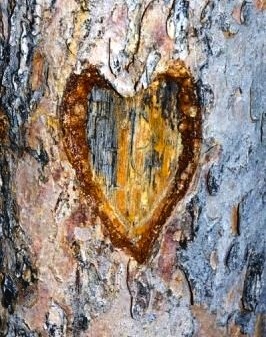 Some days I covered the in-school suspension room. Eight hours in a room together, without windows, will teach people about one another. She was sassy and funny. She offered up the obligatory rebellion, but by the end of the day she had offered her writings for my review and let me keep a picture of her, though I didn’t tell her why I wanted it. It went into my Bible. A lot of pictures get tucked in there as prayer reminders.

And then one day, she showed up at youth church. Not her usual brash self. Quiet, like she’d been crying maybe. I was so glad to see her. These are the moments it takes everything in me not to be too happy, too loud, and scare people off. She sat with her girlfriend at a table far enough away to set a boundary. We did our usual routine: supper, social time and a lesson. By the end of the night she was smiling and even open for conversation. I gave her a ride home, and the talk was a bit more open in the safety of the car, with no one listening in or watching.

Later I had an email from her. Touching, open, and looking for answers. I wept when I read it, both for her pain and for the joy of being invited in. Back and forth, three or four times the conversation volleyed, there in the safety of the computer screen. And then she went quiet. That was the summer of 2006. This is how it is, in the places I go and with the kids I reach out to: they come and they go. All I could do was pray.

I’ve come to her picture many times since then while flipping through my Bible and felt that familiar tenderness as I prayed Good Stuff for her every time. I’ve wondered where she was, how she was, what she was up to.

Yesterday, I learned that she was killed in a car accident over the weekend.

Pulling her picture out of my Bible (it says only “a pissed off day” in her loopy handwriting on the back) I wept again. No more chances to talk. I wanted one more chance so badly. Did she come to her answers before it was too late? I don’t know. I long to know, and I fear to know, and it doesn’t matter because I don’t even know anyone who could tell me.

We are not promised tomorrow. This morning, I am more aware of this than I have been in a very long time.

Today, I will carry this awareness with me.

Today, if opportunity presents itself, I will remember that it might be a one-time-only offer. I will share the hope that is in me, regardless of what else “needs” to be done. Today, my priorities are back in line, and I remember that no “to do” list is more important than those around me who need someone to speak to them, to pray for them, or maybe just to smile at them when the whole world is frowning.

Today, I will love.