I am not typically a fast driver, but one Wednesday morning my roommate’s car found a whole new gear on southbound I-95.  In twenty-five minutes I had to be in a lecture hall located a half-an-hour away taking an exam worth a quarter of my final grade. 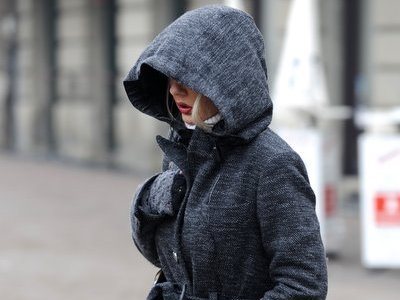 The weather was cool, but I knew that by the time I had gotten out of class it would more than likely be warm enough to where I would either carry my jacket around, or never feel the full offering of the weather on my arms. Though the risk was moderate, it had much to teach me.

I think that God calls all Christians to live in such an aggressive manner. Instead of always taking the safest route possible, and covering up for the fear of slight chills, God calls us to leave our comfort zones in order to later experience the fullness of His warmth on our skin.

I look at the story of Abraham, who went cold for many years while his wife couldn’t conceive, only later to be the Father of All Nations.  Take Samson, who froze in the Philistines’ prisons, but soon would find the means to blot out thousands of God’s enemies. Because these individuals cried and rejoiced with God it seems pretty obvious they lived passionately in their relationships with Him.

I cannot say that slight discomfort during a classroom-commute compares to infertility or execution, but I do feel that spiritual truth can be found in even the most mundane of settings.  Too often do I hear Christians talking about living radically for God, meanwhile endorsing walls of emotional barriers in relationships with non-Christians, members of the opposite sex, and even their peers.  Everyone seems to be so afraid of feeling emotional pain that we all put on our own jackets daily so as to never feel any weather on our bodies.

I am not saying that a T-shirt in a snowstorm is a good idea.  Know your limits.  The Scriptures tell us to “flee from temptation.”  However, when we are focused on maintaining emotional distance from our peers we may never show them God. Instead of risking pain from true commitment we go for half-hearted friendships, romances, and mentoring relationships. We want to look like the best Christians possible, so we only allow people to get close enough to marvel at our enamel. Unlike Jesus, who allowed His relationships to take on full identity, we want to save as much face as possible. In Elizabeth Ellis’ article “Living Passionately” she had this to say:

“To make a commitment is to risk the failure of that commitment. To experience beauty is to open up the possibility of being shattered by tragedy. To want something badly is to take the chance that you might not get it. He who embraces and invites life willingly invites sorrow as the risk taken in owning the fullness of life and companionship.'”

These words ring so true in my soul. I actually copied them off a poster I wrote them on at the foot of my bed! I believe that God does His best work in the parts of us we can’t see. With this in mind, why is it that so many of our relationships are focused on the parts of us we can? We worry about the words we use, the clothes we wear, and the feelings we vocalize. Whatever happened to freedom? Whatever happened to devotion? For that matter, whatever happened to the risk that comes along with devotion? It seems that all of these things have fallen asunder because of the fear of being vulnerable.

I am not saying that coats are frivolous to our wardrobe. People fight and die for the simple luxuries that our jackets can offer. However, when we gird our spiritual loins with full winter apparel we are ceasing our ability to be affected by our environment. Yes, we will be safe, and safety is a virtue. However, never allowing earnest relationships to penetrate our layers isn’t virtuous; it’s cowardice. Samson went cold for a while so that he may catch fire for God’s purpose. Jesus wept for the spiritual frostbite He would feel on the very cross where He would inevitably quench the flames of sin’s retribution.

As Christians, if we want to truly live on fire for God, we should leave our coats on the rack. We should allow our love for God to be unyielding, unrelenting, and uncomfortable. Consequently, our relationships with His creation should show those same qualities.

Ben MacKinnon is a fourth year student at the University of Delaware studying Mathematics Education. He writes as a hobby, and published his first book December of 2008. You can read his other works, and even purchase his book at http://somedaypublished.com.