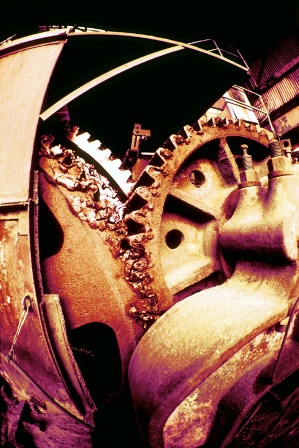 What if I began making speeches around the world, teaching anyone and everyone how to create this cure? I would talk in front of large masses of people, and everyone would applaud and cheer me on; my book deals, radio talk shows, television shows, and entertainment career would instantaneously skyrocket with this new knowledge!

I would easily win the Nobel peace prize, and the world would look at me as a source of inspiration and hope! But then, an anomaly happened: one by one an intelligent handful of people soon realized that even though each of us had the knowledge of how to cure AIDS, no one  made or administered my new formula to any patients. People were dying at the same rate as before I discovered the cure, and people only heard what I had to say, but were not creating the cure or administering it to anyone!

Frederick Douglass, a famous American abolitionist, was known to have said that “Knowledge is power”, but I said what good is knowledge (or power for that matter) without action?

What gain is it to know all the statistics on homelessness in your community, city, state, government, or country combined and not do anything about it? What you’re doing by learning those numbers is basically the same thing you could do by learning a simple sleight of hand magic trick; you are just trying to gain attention for a self-serving/breaking-the-ice maneuver at social gatherings.

“Iron rusts from disuse, water loses its purity from stagnation… Even so does inaction sap the vigour of the mind.” Leonardo da Vinci

I am growing weary of “advocacy groups” whose primary purpose is to raise awareness and then stop there. What is the point of a boxer who trains his whole life with the best trainers in the world, with the most rigorous workout program, who then in turn refuses to step into the ring?

Of what use is the knowledge on how to fight, if there is no plan to fight?

I would rather take a societal “outcast” by my side in the fight against any given cause, who is ready and eager to serve, than a fully capable intellectual who would rather merely entertain the conversation about the cause. This is the day and age that requires action, and the world is waiting with baited breath to watch us take on the challenges they have presented us.

We have heard words. We have heard plenty of speeches. We have listened tirelessly as politicians, pastors, priests, entertainers, etc. have asked us to do as they say but not as they do. We have been good little soldiers playing telephone, passing along messages of “awareness” from one person to another with no break in the line to actually follow the message.

Even the Bible talks about being “doers of the word” and not just “hearers”, but we have been trained to be great listeners but not great at applying the messages to our lives. It is time to stop and activate. To not just

participate in spreading messages, but start spreading the hope that is contained in the message.

“I never worry about action, but only about inaction.” Winston Churchill

Dear “Advocates” finally do something.

Stephen is the lead singer of the band Anberlin and helped found Faceless International, a nonprofit organization that facilitates humanitarian trips.