Introduction: I used to collect coins. About six months ago, I sold my coin collection to make some extra money and to simplify my possessions. I kept a $2 bill as a remembrance of that hobby. Ever since then, I had been carrying the bill around in my wallet for good luck, committed to never spending it.

As I was almost on my way out, having said goodbye to the few who were still hanging around, a man in a baseball cap came by and asked if we needed any help. I said that we pretty much had it, and then he asked if we knew where he could get a job for $11/hour. I said that I didnt know of any place, and then he asked if I would drive him to Memphis for $25. All I could say was, Sorry We got to talking, and he told me his story.

His name was Eugene; he spoke articulately and looked like he was in his early thirties. He had spent the night at the rescue mission the night before, and the clean shirt that they had given him just barely exposed a tattoo on one of his arms. 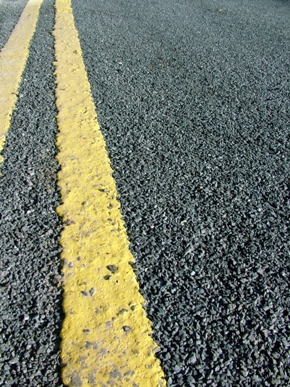 He had a job, but it was in Memphis. He had hitch-hiked 800 miles from Michigan only to get stuck in Nashville, a short 200 miles away from his destination. For the past two days, he had been asking people for a job. He only needed $11 more to buy a bus ticket. So far, everyone had turned him down.

I guess I could just go around and ask everyone for a dollar, but Im not a bum. I want to earn it, Eugene said. I nodded, as God began to tug on my heart strings.

I had made a rule to myself that I wouldnt give money out to homeless people, because I didnt know how they would spend it. Yet, here was this man who was in need, and no one was helping him; his story seemed legitimate, and I couldnt think of a better way to spend $11.

I think I have some money, I said, reaching into my pocket.

Really? he said, sounding surprised. I pulled out my wallet, thumbing past the $2 bill, and pulled out a ten, disappointed that it wasnt enough.

This is all I have, I said, handing it to him. He shrugged and said that it put him closer. My wallet was still open, and I reached back in to grab the remainder of my coin collection and said, Here, take my lucky $2 bill. He protested, but I insisted and said, I hope it brings you luck.

I offered to give him a ride to the bus station. He agreed, and we carried the grill and supplies to the car. As we drove the few blocks to the Greyhound station, he told me how frustrating it was to be living on the streets, trying to get back on his feet, and for no one to help him.

He explained that out of a crowd of fifteen homeless people, there might actually be two or three who havent chosen to be there.

He thanked me, shook my hand, and he was off. As he walked into the Greyhound station, I resolved to not make any more rules about limiting my generosity. Obeying the Spirits guidance seemed to be a good enough rule for me.

I was willing to take the risk of throwing away some money or resources if it meant that I could run into another Eugene. The alternative seeing every needy person as a bum just didnt seem like a viable option.

People like these teach me something first of all, that Im in the wrong business, because Eugene will end up making more per hour than I do, and second, that to learn true mercy or compassion, you have to get out of a classroom and put yourself in a situation where you really need to demonstrate it. Until then, its all just fluff.

I thought of how the early church believed that not sharing wealth with those in need was the same as stealing. Theres an early church document called the Didache* that could be as old as some of the epistles, and it says:

“Woe to him who receives, for if one receives who has need, he is guiltless; but he who receives not having need shall pay the penalty And also concerning this, it has been said, ‘Let your alms sweat in your hands, until you know to whom you should give.'”

I also thought of all the worthless crap I probably would have spent that $12 on and laughed at myself. That $2 bill really was lucky.

If you liked this article check: Finding Calcutta: My first brush with the poor

Jeff is originally from the Chicagoland area. Although he studied religion in college, he is just beginning to experience “true religion” (James 1:27). He writes too much and doesn’t read enough. He also started a relational giving fund to the local poor in memory of Eugene; check out the Eugene Campaign here.

*It should be noted that the validity of the Didache is debated. Read about it for yourself.