“Between 1961 and 1987 the Supreme Court ruled that the Declaration of Independence is unconstitutional.” Dr. Norman Geisler’s defense of teaching creation in the schools was ignored in the second Scopes trial. Read what Dr. Geisler has to say about it and why he is just now, twenty years later, speaking up.

Can you give us a frame of reference for you book?
In 1982 I was sitting in my office and the phone rang and it was the attorney general from Little Rock, Arkansas and he said would you like to come up here with us to defend the teaching of creation in the court. The state just passed a law saying that if you teach evolution, you have to balance it off by teaching creation, and vice versa, or you dont need to teach either. And I said, Man that sounds fair to me. Yeah, Id be glad to do it. So I was the first expert witness for the defense, when the state had passed that law. And I was in for an education. I learned more in nine days at that trial than probably my college education because political, educational, philosophical, 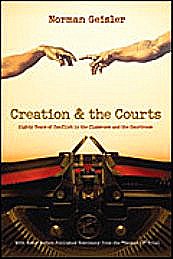 scientific, everything came together and I realized this is really a battle, because I thought this would be a dead ringer to win.

After all, in 1925 in a trial they said, you bigots, youre only teaching creation. Why dont you be open minded and teach both sides of the issue? Well now in 1981 we had them only teaching evolution, I thought well the ACLU (American Civil Liberties Union) will be there and theyll be defending what they wanted to defend in 1925, and I was half right. The ACLU was there.

And the ACLU, but argued just the opposite out of the other side of their mouth: Its bigotry for public schools to teach two theories of origin. They should teach only evolution. And I said wait a minute, thats bad enough. But when the judge ruled in favor of that, and then when my testimony was pressed because the two eye witnesses who were there said that after my testimony was finished, that I had totally destroyed their case. Well, they ignored my case, started talking about religious matters and UFOs and demons, and sidetracked the whole issue and then suppressed my testimony. They must have bought off the stenographer because even people who knew her said Oh, shell type it for me. She wouldnt type it up. Five years later after the Supreme Court ruled, the next week she started typing my testimony up.

My testimony was crucial to the whole thing. So Ive been sitting on that testimony for all these years, waiting for the appropriate moment to go through this whole 80 years, through the whole history of this, with all the arguments, pro and con, and then lay down a strategy for how we can win to get creation back in the schools.

What new information made you come up with this just now?
The new information, the straw the broke the camels back, was Dover, in which they ruled that even the theory of intelligent design cant be taught. The judge used lock, stock, and barrel plagiarizing the ACLU brief and used it as a decision. And I said, Okay, Ive had enough.

What is your view of the intersection of Church and State?
Well first of all, lets go back to Jefferson. He is the source of the phrase, separation of church and state. Jefferson never believed in separation of church and state as its understood today, because as its understood today, you exclude the church from the state; exclude God from the government and the schools. The real Jefferson believed in putting a wall between the federal government, so that it cannot interfere with the states right to have its own religion. So the wall wasnt between church and state, it was between federal government and the states because five of the thirteen colonies had their own state religions.

So what Jefferson did himself was he started a university, he had a department of religion at the University of Virginia, he proposed laws that all students must attend church, a church of their choice, but they had to attend. He proposed laws that there be no swearing on campus. Jefferson gave money, supported by the federal government, for there to be a minister to preach the gospel to the Indians and gave the money to start a church. And he wasnt the only one three of the first four presidents signed similar bills. So that whole thing about separation of church and state and its understood today its an absolute myth!

The founding document of America is not the Constitution, its the Declaration of Independence. And all of the documents after that and all 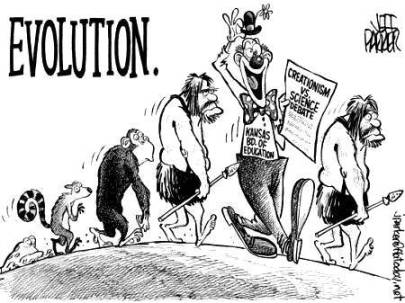 the presidents look back to that date, July 4th, 1776 as the birthday of the country. Now if the founding document is the Declaration and the Constitution says, Johnny Come Lately, this is in fact a second form of government because were already on the Articles of Confederation before that. Thats just built on the Declarationit all presupposes that. If thats true, then all this stuff can get rid of creator and creation from the government and from the schools is hog wash, its directly contrary to our founding document and now some Christians are beginning to argue that way in the Supreme Court.

I think we can reverse this thing to creation and therefore creator and therefore getting values back into the system. Thats the only way to save America. There is no other way to save our country is to get on the boat where we got off and where we got off the boat was in 1620. We all know that these people were not just deists, they were Christians. In 1647 the first goal was started with a law titled, The Old Deluder Satan Law. This law said that We gotta keep Satan from deluding our kids, so we gotta teach them to read the Bible. The first schools were started with the kids learning how to read the Bible so that Satan couldnt delude them.

How long do you think itll take for America to catch on to this?
Well let me give you the bad news first. How long did it take them to take over America? From 1620 to 1987. From the conception of the idea of evolution by Darwin in 1859 to1960, [when opposition started in the courts]. It took them a hundred years from the conception of the idea to implementing it as law of the land.

Now to be a little less pessimistic, it took them from 1859 to 1900 to pretty well establish evolution as the dominant theory in the intellectual world. And most of the intellectuals were converted by 1900. In 1871 wrote the second book, The Descent of Man. So, even if you dated from 1900, two full generations, you dated from the Humanist Manifesto when the humanists in 1933 signed a statement saying no creator, no creation, no God-given moral absolutes thats the first official statement against the Constitution of Independence. In 1934 John Dewey wrote a book called A Common Faith, in which he said, we gotta make this the faith of the American public school system. It took him from 34 to 61 to train a whole generation, to get them into the system, to become the lawyers, the Supreme Court Justices, then they start making the decisions. So you pick your date.

Dr. Norman Geisler is author or coauthor of over sixty-eight books and hundreds of articles. He has taught at the university and graduate level for forty eight years and has spoken or debated in all fifty states and in twenty-five countries. He holds a Ph.D. in philosophy from Loyola University and is the co-founder and long-time Dean of Southern Evangelical Seminary, in Charlotte, North Carolina.
Order Creation and the Courts by clicking here.