Her name means Imagination. She is God’s. She is beautiful.

She has known such great pain and I have no way to relate.

We find her broken on the concrete, which resembles her state of mind. 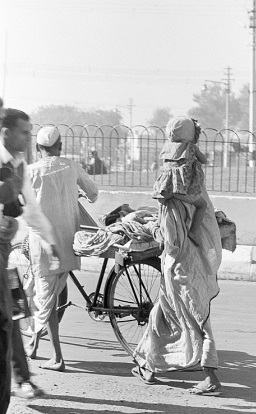 Her ankle, broken open. Exposing bone, broken flesh, broken body. A site I have seen too much of in the past months.

If she stays like this, she will be crippled the rest of her life, a common site among the people left on the streets of Calcutta.

It would reduce her to begging. The most humiliating of a humans soul.

She has a bhalobasher, or lover… a husband. He has left her. Not uncommon among workers of the sex trade here in Sonagachi, or the gach, as we are told to call it.

She works near one of the largest red light districts. Performing tricks to put food in her belly and alcohol through her veins.

She is broken, but she isn’t forgotten.

We decide to help pay and visit her at a local hospital.

The grace of God reminding me how much dirt has been washed off my skin, my soul.

She is checked into the hospital easily because we are Bideshis (Foreigners).

We are American. We are rich.

She cries. Grace, like the water that washed her worn and weary skin bright.

We set up times to visit Imagination.

I’m nervous because the speaks only Bangla and very intimidating Bangla.

She makes it apparent that I dont know much of her language. But I smile. And I laugh with her. I sneak her in mutton rolls as others sneak her in cookies and fruits because the food that the hospital makes is just too bland. Not enough salt she says.

By this time, the hair on my face had grown into what I called my first real beard.

Imagination tells me that in West Bengal, women aren’t very attracted to facial hair except the mustache. Bengali women love the mustache. I laugh and touch my face. I must look so funny to her; but Im okay with that.

She passes the pictures around to the other women in the ward who dont get as many visitors.

She calls us her friends. We tell her that her sisters in the gach, her friends, can come visit too, but she doesnt want them to. She tells us they are not her friends. They feed her alcohol and drugs, we feed her egg rolls and broken Bengali words.

She smiles and calls us her real friends. I tear up.

She reminds me of my brokenness. Like I need a reminder.

She is released. The smell of alcohol returns to her breath. Her smile is different. She is brought back. Released. Now looking for a different way to make money. We are now looking for her rehab and employment.

Imagination is God’s and no other’s.

Josh Casper is a student at the University of Southern Mississippi who participates in various church ministries and community projects. Josh is currently majoring in Psychology and hopes to someday use it in counseling. The above piece was inspired by a woman he met in the slums of Calcutta, India. For more information on the kind of work Josh did in Calcutta, check out: Word Made Flesh.