As I pulled off down the street thinking about my future, raising support and a multitude of other things, I felt led to go towards my old high school. I pulled through the traffic and turned on a street towards my old school when a homeless woman caught my attention in the median of the street. I glanced over and I knew that she was the reason why I was headed in this direction. I turned around and came near her. Her sign read, “Hungry, homeless, have three children.” I rolled down my window and asked if she would like something from McDonald’s. She said with a huge smile on her face, “I would love a double cheeseburger and some fries.” I told her that I would be right back.

As I pulled up to Millie, I told her that Jesus told me to give her this meal and that I would pray for her family. She said that her children were named Michael, Amy and Julie. As traffic came from behind, I told her that I would pray for them. She lit up with a smile and rounded up her stuff, ready to take her children a warm meal from McDonald’s.

I continued through my local streets as I began to remember all the faces that I have seen over the years. I could feel what the prostitute felt on the streets of Thailand, who had to sell her body because she was stuck in slavery. I began to feel that abused little girl forced into the industry. I began to feel the Father’s heart for these precious little girls and I screamed out. 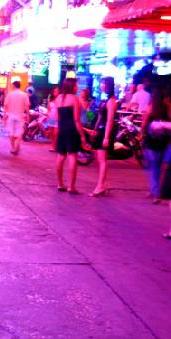 I screamed at the top of my lungs that I never wanted to forget these faces. I never wanted to be so consumed with my problems or my concerns that I would forget these precious faces that You so loved. One homeless lady triggered the Father’s heart in me. One family that was in need triggered my heart to break for the world again. Triggered my heart to break for a generation to feel what I was feeling.

Although many might think that they never want to feel that pain for another individual, I wanted to stay in it for the rest of my life. I could feel the Father once again deeper than I have felt him in a while.

He is in the eyes of a homeless woman on the street corner waiting for that one person to reach out to her. He is waiting in that one little child dying in the dirt in the African slums. He is in that one old lady that is all alone in the retirement home with no family to come and see her. He is everywhere. We just need to reach out and find Him.

Father, let us never get complacent. Let us never forget the faces of the dying, the oppressed and the lost.

Chad is from San Diego, CA. He left his lucrative job in real estate to travel the world . He’s been doing this for two years now, leading groups of young missionaries around the globe to discover the kingdom of God.