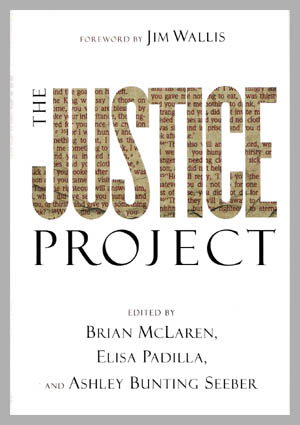 I’ve read many a books on justice, articles, short stories, numbing my brain on all of their information, specifically in this past year of graduate school for economic development. The thread of conversation is usually the same, addressing personal and corporate sin, and systematic and structural barriers of injustice.

Though the foundation of such understanding is helpful, I find that if I dwell on the questions that these ideas propose for too long, I end up going in circles and want to become a martyr in the end to redeem all the injustice in the world. Injustice in that form, has brought me to a place of helplessness and pain, with no solution, except to hold another academic discussion. What about grace? What about life? What about the God of justice?

Does such God exist in the midst of hurting people, hungry children I would see daily in my neighborhood a few years ago? The family denied a meal at an old volunteer site, so hungry that their daughter was drinking the free coffee offered for adults. Is that justice? How can you reconcile what you see with what you know, and not take on a false stance of false compassion, becoming poor to become one with another, serve out of pity and not out of love, and not establish justice for others for the sake of redeeming your own non-vindicated soul.

These were the questions and struggles I’ve had over the past few years regarding justice and poverty. Yet I can say with confidence that I do believe and know a God who is in the midst of all these situations and desperately cares for the broken hearted, widows, and orphans. He uses us to do it and accomplish his works of love, prayer, and justice over this land.

Another common theme of discussion these past few years was regarding money, wealth. I ended up blaming and becoming bitter at all the wealthy people in the world who I perceived at that time, as causing all the povery I saw during my time living in the inner city of Oakland. Though there is truth to systematic injustice and how wealth is used and distributed, I was hating people God had asked me to love, because he died for them too. He wasn’t a respector of persons and he was asking me to do and love with what I knew, when others did not know any better. Instead, at that time, I used it to fuel my angry justice, which was vindication for me and injustices I experienced growing up and not releasing that responsibility to the Lord, for He is the God of vindication.

Yet we are not passive watchers, but active givers of life and love, listening for instruction and saying no when needed. I’ve heard that passage, “When you were hungry you fed me, when you were thirsty, you gave me something to drink.” That quote has haunted me at times, with guilt of not responding to every hungry or thirsty person I saw, as well as getting on the bandwagon of people using that to yell at every passive person I perceived to be doing nothing.

Through all of this I have learned that wealth can be a good thing, if not accompanied by a wealthy heart, but a heart of generosity instead. I have learned to lay down my finger that I used to point so easily at others and look at my heart instead, yielding to change and the work of the  holy spirit in my heart. Though its not as fun at times when I want a quick fix, it makes me feel lighter and more free, because its eternal, true, and real. I think thats love. Being able to receive it and give it out. Not filtered or fueled by bitterness but by life.

Just Wealth gives a good foundation to the understandings of personal and corporate responsibilty, but read it with an open heart to discern what else God has said and what he is asking you to do and become.

Sarah enjoys creating new things and old alike while traveling to new places. She enjoys art and restoration, a good cup of tea, and puppies. You can access her assortment of artistic entourages she creates here.