When I was younger, I used to collect the jewelry ads in the Sunday paper, and linger in the shop windows of the jewelers at the mall. However, I’ve never actually owned any pieces of the sorts of jewelry I used to pore over and that is because, for one thing, I never had the money and ultimately, owning or wearing it was never the point. I loved the way the light ricocheted off of faceted garnets and emeralds and sapphires, the bigger the better (though that had nothing to do with monetary value).

The bigger jewels gave the illusion of a deeper pool, more space to move in, more light to reflect and radiate more magic to conceal. But it was just an illusion. The jewels were actually solid, which meant I could never get inside, and that fact frustrated me; it was like a false promise. They aroused a longing in me that they themselves could never satisfy. I didn’t want to just look at them, or hold them, or own them, or wear them; I wanted to consume them, to liquefy and drink them, and let them shoot through my fingertips, coalesce in my eyes and radiate to the ends of my hair. It doesn’t make any sense, I know. I never bothered to dwell on the frustration then long enough to put into words or even images what it was that I wanted; I only knew that it was something that I could never have because it was a physical (if not a logical) impossibility. 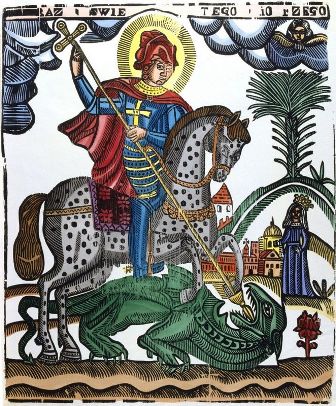 That childhood frustration is the closest analogue I can come up with to the experience I had at the Matchbox 20 concert last night. Never having known much about pop culture, I only recently discovered Rob Thomas on a road trip last year with my friend Holly (though I certainly should have become acquainted with his music years earlier when my friend Laura told me, reverently, that she fully intended to be seated between him and Sting at the Heavenly banquet).

At any rate, Holly and I were driving through the mountains somewhere between Flagstaff and Tucson, and I made her play on repeat a Matchbox song (one I’ve never since been able to locate) while I closed my eyes to absorb the lyrics, which were just ambiguous enough to seem a perfect description of my life at the time. I later scoured Matchbox 20 albums and the library of iTunes looking for that song, but I can’t even remember a word or a single note of it. I suppose that’s appropriate, like one of those dreams that perfectly integrates all the previously disparate parts of my life so simply that I can scarcely believe I didn’t see it before – only to fade away with consciousness, leaving a vague residue of nameless emotion.

Last night I was frustrated because I was in the presence of something great, and I couldn’t name it, couldn’t even describe it, but I wanted to be caught up into it with everything in me. Matchbox 20 is incredible in concert, but it wasn’t them exactly; they were merely a vessel. The words themselves were transcendent, and every person swaying to the music and belting the lyrics felt them as their own but they were never quite saying what needed to be said.

Everyone keeps talking/ They promise you everything/ But they don’t mean anything. We may lose our focus/ There’s just too many words/ We’re never meant to learn. And we don’t feel so alive; So goodbye, these days are gone/ And we can’t keep holding on/ When all we need is some relief/ Through these hard times.

Something deep within me cried: Yes, yes, that’s it! But wait what are we actually talking about? And the moment I began to ask the question, the understanding evaporated, as if I’d tangentially touched upon a truth that I couldn’t follow to its origin.

John Eldredge writes that two things can pierce the soul: beauty and affliction. I see what he means, especially by the word pierce; beauty (in the form of art, among others) functions for me like a lance, puncturing the illusion of my comfortable existence as if it were a bubble, artificially inflated to shut out eternal realities which don’t often affect the day to day. The illusion must be punctured if we are ever to discover what really matters but then, we never do discover the thing itself. What we discover instead is a longing for that Thing (is it a Thing, or a Person?), and an ache, and a path.

In his book, The Sacred Romance, Eldredge writes: “Something calls to us through experiences like these and rouses an inconsolable longing deep within our heart, wakening in us a yearning for intimacy, beauty, and adventure. I felt it at that concert and after seeing the musical Rent. I felt it in an art gallery in Maui, in a few select Anberlin lyrics, and every time I read John Eldredge’s The Journey of Desire (going on five or six now).

I find it ironic that those moments are what worship is supposed to be all about, and yet traditional church service worship rarely triggers in me the sort of transcendent extravagance and frustration that a good piece of art can evoke because, I think, a good piece of art is like a lance, and the hole it leaves in its wake allows the eternal to come rushing in, like a window to glory, however brief. And when we see a piece of the glory of God, who can do anything but worship? It is the very thing we were made for, the only appropriate response. I couldn’t help lifting my hands in worship as Rob Thomas sang. What is beautiful is always true, and (precisely as one might imagine), the gospel was all over his lyrics, the story of brokenness and longing for redemption:

I started out clean but I’m jaded/ Just falling/ Just breaking the skin. Can you help me, I’m bent/ I’m so scared that I’ll never/ Get put back together

That’s my story, and I didn’t want to just hear it, or sing it, or even write it or perform it. As C.S. Lewis writes in The Weight of Glory: “We do not want merely to see beauty, though, God knows, even that is bounty enough. We want something else which can hardly be put into words to be united with the beauty we see, to pass into it, to receive it into ourselves, to bathe in it, to become part of it. There is a very rational reason why we should want to do this, and it is because we were made for do it. Never mind that it is not physically possible; the moments of ache are never meant to be realized on earth, but instead to jar us out of our routines and remind us that we are still on a journey, still hoping for what we do not yet see. Paul says that being certain of what we hope for is the very definition of faith.

“This is what the ancients were commended for. They did not receive the things promised; they only saw them and welcomed them from a distance. And they admitted that they were aliens and strangers on earth. People who say such things show that they are looking for a coun
try of their own. Instead, they were longing for a better country a heavenly one. Therefore God is not ashamed to be called their God, for he has prepared a city for them” (Hebrews 11:1, 13-16).

In heaven, I’m going to have a very big jewelry collection.