There has been a lot of progress in the area of gender equality. Women can vote, own property, and even drive cars all by themselves. Good job America. 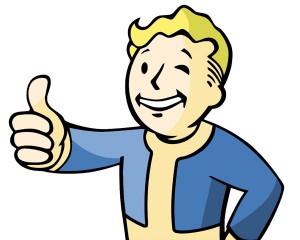 But I’ve noticed that there is still an underlying stigma for women in America. It’s a problem for men as well. There are still a lot of prevalent stereotypes that pigeonhole men and women into social acceptable roles. We’ve been waging a constant battle for supremacy since the beginning of time, and I’m tired of it. My question is:

Should there be a winner in the battle of the sexes?

First of all, I want to get this out in the open. Men and women are different and in general they tend to be better suited to different things.

There are more female models and male bodybuilders.

I don’t know how many times I’ve been out with a group of people playing soccer or Frisbee or whatever and there been debates about the fairness of the teams because one team had more girls than guys on it.

Listen people. I’m a man but I am not super athletic. There are plenty of women I know that can run circles around me and then knock me into the dirt. I know this because they’ve done it. We need to stop thinking that just because someone is a particular gender that they or more or less capable than someone else. It’s not an automatic thing and we need to stop getting stuck in that thinking. 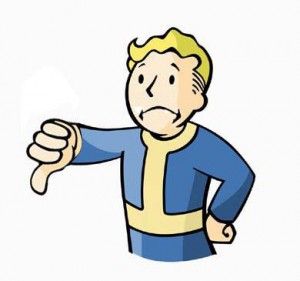 I could go on and on, but the molds and models that we put on genders are not the point of this article. The point is to show the awesome exceptions to this rule. 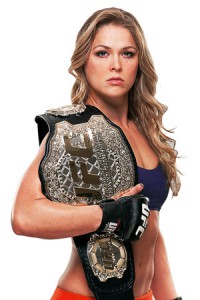 On February 28th, 2015 the first female Ultimate Fighting Champion won her belt in fourteen seconds of the very first round of her fight. Her name is Ronda Rousey and she is a phenomenal fighter and all around athlete. Recently she had an interview with MMA reporter Aaron Tru. During the interview Mr. Tru said that he didn’t believe that Rousey had enough strength to compete with a man and volunteered to have Rousey perform a judo throw on him. He quickly changed his mind when Rousey threw him and broke four of his ribs. You can watch the video here. 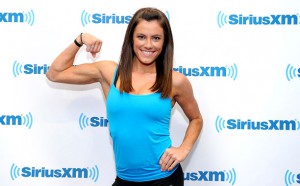 American Ninja Warrior is a contest in which competitors attempt to navigate obstacles of increasing difficulty in order to obtain the title of American Ninja Warrior. No American has ever completed the entire course, and until late last year no female had ever made it to the finals. Then came along Kacy Catanzaro, who despite the disadvantages of her four foot eleven inch frame, became the first female ever to make it to the finals. You can watch the amazing performance where she earned her place in the finals here.

Society in general needs to stop telling women that they can’t do something. It’s total crap. These women are just two examples of phenomenal female athletes that are breaking gender barriers and showing the world that women are just as capable as men in athletics.

But this is not just an athletics question. It happens in the business world, politics, military, and it goes on and on. Do you realize that we are holding down over 50% of the American population with this unconscious bias? We seriously need to quit it.

We are all God’s children, and each one of us is a precious and unique facet of God’s personality. He created us all with individual strengths, gifts, and talents. It is not our place to put a limit on what God has gifted someone to do with the excuse of, “That’s something men do.”

Look around at the women in your life. Do you sometimes force them into roles that they don’t necessarily belong too? Or do you sometimes places limits on what they can do because they are women?

It’s time to wake up and be honest with ourselves about how we act unfairly towards our sisters in Christ. We need to stop waging a battle of the sexes and instead join together.

And together nothing can stop us.

Have you felt pigeonholed by your gender, whether your male or female? How? What are you going to do to stop it? Comment down below and declare to the world that you won’t be held down any longer.