Continued from Bok Choy and Community

No matter how resigned we are to taking care of ourselves, the pride of self-satisfaction is little match for the joy potential of lovingly supportive relationships.

I think there are a couple reasons why we dont cash in on this joy potential. One of them being the very real gamble that those we entrust to serve us may let us down. Christians hurt Christians. It happens, and not just in bad stories. It happens everyday, and if you entrust yourself to people they will let you down. 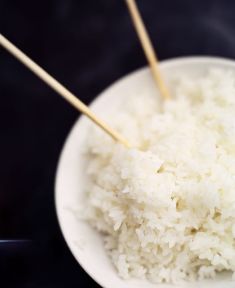 The other reason is that even if someone follows through for us, were afraid of becoming less in their eyes or indebted to them. One of my deepest fears is that people will see anyone but what my friend has sarcastically dubbed Strong Mariah and take me off whatever pedestal they might have put me on. I like being on a pedestal. I like it when people think Im strong. Except when Im not. Oh, I still like people to think it.

But because people think it, I have this image to uphold. Despite the times when I literally wipe away tears from behind closed doors, only to paint on my best actors smile for the world, theres a pathetic sense of pride I gain from my composure performance. So dearly attached am I to this image that I would forgo the support of others but for one reason.

Vulnerability breeds vulnerability. Get too used to always being the anchor, and you close the door for other independent people to come to you with their needs. Few people are willing to make the first move. After living in close community with someone who is now one of my best friends, I was frustrated that I just couldnt seem to get close to this person that I admired so much. He had a lot of great qualities, but he just didnt seem to need people. I dared not come to him with my problems. Turns out, after an honest conversation or two, the reason he hadnt opened up with me was the exact same reason that Id felt uncomfortable around him. He thought I was way too strong of a person for him to measure up to. After the initial discomfort of revealing the fact that were both humans with needs and desires and sometimes screwed-up lives, an awesome friendship developed.

Are you beginning to be convinced that its worth taking the risk to let others serve you, despite the risk of disappointment or the humility of exposure? Some people are a tough sell. Some people are really chicken. Some people are like me. If you chuck every other reason why you shouldnt let your life be a private affair, theres not much getting around this one: Christians arent supposed to do it. The New Testament is pretty clear. I know, I know. The body of Christ analogy is a bit overused. But maybe thats because after all these centuries we still dont get it. We fight the need to need anyone.

Can there be a love, a common unity, thats beyond the influence of romantic involvement or jealousy or personality conflicts? The ultimate team environment, where Christians dont have a chance to avoid each other? Biblically speaking, its more than just a possibility. Biblically speaking, we arent even given an option. The body of Christ has a responsibility to each other, because it is each other. For better or worse, were part of each other.

I have one more story about one more guy that I lived in community with. His name was Max, and he was the first to admit that social awareness was not exactly something he could have majored in at college. Social pretenses aside, Max asked for a lot. Hed ask to borrow peoples computers all the time. Hed ask me to teach him how to flirt with girls. Hed set his mind to something and ask for any possible resource he needed to help him. Sometimes it got annoying. But Max also gave a lot. If you needed something or he had some resource to offer (he was extremely intelligent), there wasnt even a question as to whether or not he would be there for you. When he learned that I wanted to learn the basics of sound technology, he drew up lesson plans and practice sessions and science lectures. He wouldnt leave me alone, to be honest. And thats precisely why out of all of us, he was probably the only one that truly got this whole community thing.

If youre hungry, let someone put some chicken and bok choy in your bowl. Its a beautiful thing.
If you liked this article, check out: Finding Our Voices