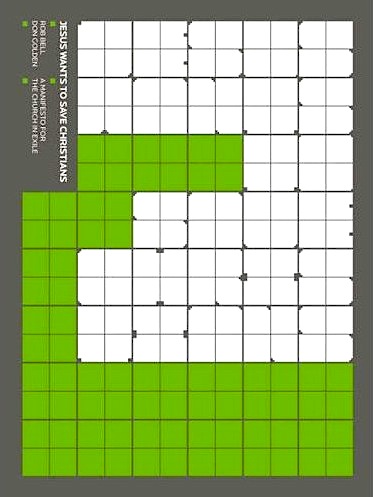 Rob Bells booksVelvet Elvis, Sex God, Jesus Wants to Save Christiansdare readers to start thinking and living differently. In the case of the latter, which is subtitled, A Manifesto for the Church in Exile, Bell contends that the Bible must be interpreted from the community perspective of Gods people in exile awaiting deliverance rather than through the eyes of individuals seeking self-gratification. This flies in the face of an Americanized Christianity which suggests that the Bible is basically a how-to manual to make believers healthy, wealthy, and wise.

Here are the basics of Bells case:

God’s plan from the beginning has been to redeem for himself a people who will–in turnbecome his agents of redemption to the world. In order to instill a godly humility and dependency in the hearts of his chosen people, the Lord allows Israel to suffer generations of slavery and exile in Egypt. After the Jews endure captivity, poverty, and exile, they will be prepared to extend to others the blessings of deliverance and mercy that God has extended to them. The establishment of the Law at Mt. Sinai is a defining event in this process.

But after her deliverance from Egypt, Israel does not become a agent of redemption. Rather, she becomes the oppressor herself, denying justice and mercy to her neighbors. Because of her collective rejection of Gods calling, the Lord allows Israel to be continually oppressed by the other world empires: the Assyrians, Babylonians, and Romans. His goal is repentance and obedience.

Gods ultimate plan is fulfilled through the nation of Israel in the person of the Messiah, whose death and resurrection will redeem his people, the Church, through whom his message of mercy and love will be extended to the world. The coming of the Holy Spirit at Pentecost is a defining event in this process.

But history records the Christian church, like Israel, abdicates her mission to free the captive, care for the poor, and proclaim the Good News by allowing herself to become assimilated first into the Roman empire in the 4th century and eventually into the American empire of the 20th century. The oppressed becomes the oppressors. And because empires are empires, they are more concerned with defending their assets than sharing their blessings.

Throughout his treatise, Bell contends that the true Church is in exileseparated from her rightful identityand proposes that we Christians can be released from our captivity by accepting Gods call to tangibly demonstrate his mercy and grace to our captive, poor, and marginalized neighbors.

Bell does a much better job of making his case than I just did, so I encourage you to read his version. Its engaging, inspiring, and challenging. But more than that, Jesus Wants to Save Christians offers believers a joyful and meaningful alternative to simply having all the right answers and doing all the right things.

Our true identity is waiting to be fulfilled in the consistent mission of Israel, of Christ, and of the Church found in Isaiah 61:1-3:

The Spirit of the Sovereign LORD is on me, because the LORD has anointed me to preach good news to the poor. He has sent me to bind up the brokenhearted, to proclaim freedom for the captives and release from darkness for the prisoners, to proclaim the year of the LORD’s favor and the day of vengeance of our God, to comfort all who mourn, and provide for those who grieve in Zion– to bestow on them a crown of beauty instead of ashes, the oil of gladness instead of mourning, and a garment of praise instead of a spirit of despair. 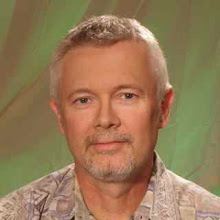 Vince has spent the better part of three decades working in and around musicians who want to honor God with their lives and art. He lives in Franklin, TN with his first wife, their two daughters, and their three dogs.