Cheerleaders are a sensitive subject. There are those who argue that cheerleaders are only unnecessary distractions to the spectators who came to see a sporting event of some kind. Others see cheerleading as a sport in it’s own right. 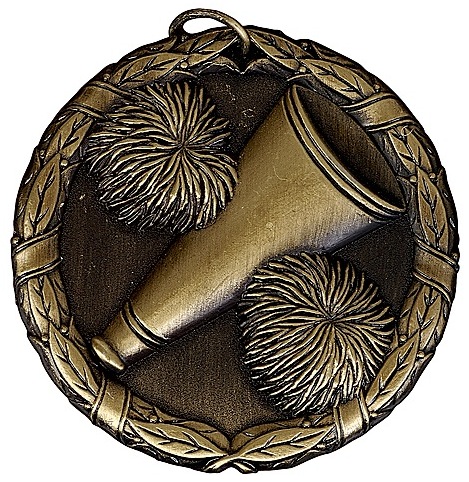 Cheerleaders come in all forms, from the pom-pom toting dancers at football games to a full on production during half-time at basketball games. One time I even saw some semblance of a cheerleader at a hockey game. Yes, it was weird.

There are also male cheerleaders, and I know, that’s a whole bag of worms in itself.  I’m not really writing to discuss this, but the necessity for the action of cheerleading.

Encouragement is a funny thing in that it is often discounted as being something that’s just nice to have instead of vital to our wellbeing.  For instance, as a man, I often feel that I really don’t need anyone, I can make it on my own.  However, if I am honest with myself, I really do need someone who thinks I am great, even if I’m not.

I have found that women find encouragement incredibly important.  Women, however, are willing to admit that they need it.  In fact, many practically shout it to anyone who will listen.  So, from these two perspectives we find that, we, as people, need encouragement.  This is not one of those areas that men and women differ.  After many short interviews I learned that, a lot of the time, the importance of encouragement is directly related to insecurity.

Let’s look at the definition of insecurity.  Insecurity is the irrational, paranoid belief that one’s self has no innate value.  Insecurity, like encouragement, is a complicated issue.  All of us feel it, women declare it, and men hide it.  The truth is that we are all insecure at times and encouragement is the only effective weapon against insecurity.

What is the point of all this?  It is important for us all to understand that we need each other.  Throughout scripture we see ourselves compared to sheep.  I’ve never really liked this because I know that sheep are stupid.  They blindly follow everyone else, even though there might be some who are, in fact, following their master.  They wander and get lost, and sometimes get their heads stuck in fences just because they want the grass on the other side!  Whereas those things do, metaphorically, sound like us, my point is this: we, just like sheep, need each other.

It is commonly believed that we are influenced by the expectations placed upon us.  I tend to agree with this line of thinking.  For example, let’s imagine an average 14 year-old boy. If my expectations as his father were merely, “I hope he doesn’t get into too much trouble.”  Then he will likely do what he likes when he likes and probably get into just enough trouble to be a disappointment.  This is a sad story.  The worst part, however, is that our teenager merely met up with the expectations I had placed on him.  So, why so disappointed?  Like any pendulum situation, the opposite side of the spectrum is also unhealthy.  With unrealistically high expectations, our young man grows up to become a successful, angry, lonely, workaholic, with a possible drinking problem.  All of this just because he could never meet up to Daddy’s expectations.

On the other side of my point, we find that, with healthy, attainable expectations, we grow and succeed and become better for it.  When people expect good things out of us, we naturally strive for those good things.

So we understand that we need each other.  What now?  It doesn’t seem enough just to know that I need people around me that love and support me.  Now we have to find out how to get those people into our lives.  I heard a song a long time ago that proclaimed, “Love isn’t love until you give it away.”   I propose that we focus on how we might be able to take care of those around us by encouraging them.  If you dedicate yourself to something as selfless as this, I’m sure you will be taken care of in the very same fashion.

It’s time now to give something of yourself, become a cheerleader and help us all to succeed and achieve victory in our own lives.

Jason is from Eugene, OR. He is currently a worship leader at his church. He has been involved with high school ministries at various churches for the last 10 years. As the father of an amazing little boy, he hopes to “get it right” in time to be a good example for that little one.