Love your neighbor as yourself.
-Jesus of Nazareth

The other night I was having a discussion with some of my more “liberal” friends. Among them was someone who was at the Sarah Palin rally down here a few nights ago. She gave a description of the rally, what she expected and how it was nothing like she expected.

She then said, of the people who attended, “Who are these people? Where did they come from?” She claimed that this rally was obvious proof that the Republican party is out of touch with what is going on in the country because the talking points were not the ones she expected and “were not what people were talking about on the street.” But, because she didn’t understand the appeal of the message, she was flabbergasted that there were people there concerned about things she isn’t. It seems she is the one that is out of touch with at least part of the country. 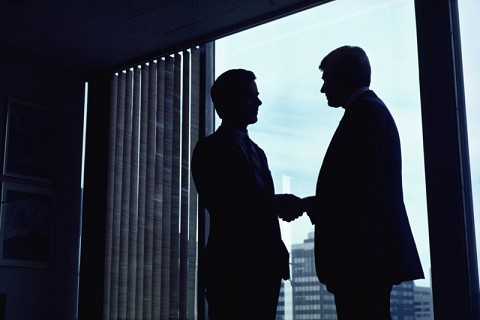 I was recently in another conversation where people were talking about Democrats using the words “evil,” “stupid,” “elitist,” and “trying to destroy America.” Several of these people live very insulated lives and claimed not to know anyone who affiliated themselves with the Democratic party. I’ve heard others condemn homosexuals as deviants without knowing any gay people, and claim we are being “taken over” by illegal immigrants without knowing one themselves.

Do we really not know one another to this great of an extent?

After growing up in a conservative religious tradition, and attending a “liberal” seminary, I have come to the conclusion that a huge part of our problem in America is that we don’t know one another. Barack Obama sounded good when he said, “We are not blue states and red states. We are the United States of America,” but he was wrong to some extent. There are many people who just don’t know many people who think differently about politics and social issues than they do. If they did, I believe a lot of the polarization, stereotyping, and misrepresentation would begin to diminish. I know that that is what happened in my life.

I got to know Catholics and learned they weren’t a bunch of anti-Christs. I got to know homosexuals and learned they aren’t sex addicts that would try to kiss me if left alone in the bathroom with them. I got to know people who have had abortions and realized they are very different from the murderers I’ve gotten to know. I got to know people from different political inclinations and realized they all want the best for their country like everyone else. I like what Joe Biden said at his debate with Sarah Palin when he said he learned never to doubt anyone’s motivations, only their judgment. If we all embraced this it would go a long way toward healing our divisions.

If we got to know people who think differently than us we could learn how to love them instead of stereotype them and degrade them. This is not Christ-like and I believe God is unhappy with the current state of affairs. Because guess what? There are liberal Christians, moderate Christians, conservative Christians and all other kinds of Christians, and we’ve got to love everyone.

Jimmy is the husband of Desiree, a student at Claremont School of Theology studying Christian ethics, a minister serving cross-racially at a church in inner-city Los Angeles, and a servant at a homeless shelter five days a week. He blogs here.