Nobel Laureate Amartya Sen has estimated that approximately 100 million women are missing. The reason? A cultural preference for boys that leads to neglect of female babies and abortion of female fetuses. All things being equal, the normal gender ratio is about 105 females to every 100 males. However, after ultrasound devices to determine the sex of the fetus became available in the 1970s, the percentage of baby boys at birth jumped dramatically in countries such as China, India, and South Korea. 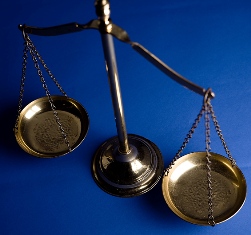 In 1997 in China, for example, 117 male births were recorded for every 100 female births. Unequal education. In most of the developing world, women have less access to education and are more likely to be illiterate than men. In low-income countries in 2001, 46 percent of women could not read, compared to 28 percent of men. The youth illiteracy rates (ages 15-24) provide another measure. For low-income countries in 2001, 31 percent of female youth were illiterate, compared to 19 percent of male youth. In our global information society, where education and knowledge equal power and wealth, inequality in education means injustice.

Michael Todaro, author of one of the most influential texts on economic development, says that women and children are more likely to be malnourished than men. In Latin America, 31 percent of girls are underweight while only 17 percent of boys are. In India, he notes, girls are four times as likely to suffer acute malnutrition as boys; boys are 40 times more likely than girls to be taken to the hospital when ill.

The data is far from complete, but women clearly have legal title to vastly less property than do men. In Brazil in 2000, women owned 11 percent of the land, and men owned 89 percent. In Mexico in 2003, women owned 22 percent and men 78 percent. And it is generally thought that land ownership is more equal in Latin America than in other developing areas! The United Nations Human Development Report for 2005 reported that in a large majority of cases, women work more than men.

On average, in urban areas, women worked 481 minutes a day and men only 453 in 2005. In rural areas, women worked 617 minutes to mens 515. The vast majority of developed countries reported the same pattern: 423 minutes for women and 403 for men. Violence against women. On October 7, 2006, the prestigious British medical journal, The Lancet, published the results of a massive World Health Organization study of physical and sexual abuse of women by intimate partners.

Interviewing 24,097 women in 11 countries, they found that huge numbers of women in most countries reported experiencing physical violence at least once in their life. The following statistics are representative: 40 percent in Bangladesh; 30 percent in Brazil; 49 percent in Ethiopia; 49 percent in Perus cities and 61 percent in its rural areas. Astonishing numbers reported physical abuse in just the last 12 months.

The U.S. Department of State estimated (June 5, 2006) that of the 600,000 to 800,000 people trafficked across international borders every year, 80 percent are women and girls. Most of them end up in prostitution. These figures do not include the millions of girls and women that the State Department believes are trafficked within their own national borders every year. We know enough to know that all around the world today, men inflict widespread injustice and violence on women.

This behavior stands in blatant defiance of the biblical teaching that every person, both male and female, is made in the very image of God and therefore is inestimably precious in the eyes of God. How can we men continue to violate the dignity and equality of women when we remember that our Lord and Savior died for these very women and invites each of them to accept his love and live eternally with him? In spite of frequent, indeed widespread, failure, Christian faith over the centuries has been a powerful force creating dignity and justice for women. But the task is far from finished.

It is time for Christian men around the world to say Enough injustice and violence against our sisters! One man who is making a difference is Gary Haugen of the International Justice Mission (ijm.org), who works courageously to free enslaved women. And Lee Grady, editor of Charisma magazine and author of 10 Lies the Church Tells Women, focuses much of his work on empower ing women in ministry (themordecaiproject.com). I pray that more Christian men will open their hearts to their sisters suffering and create a contemporary tidal wave that washes away all injustice against women.
This is a summary of a paper Ron Sider presented on November 15, 2006, at the annual meeting of the Evangelical Theological Society. If you liked this article, check out Bangkok

Ron Sider is a writer, speaker, and advocate for the poor. He has written many books, including Rich Christians in an Age of Hunger. This article was released from PRISM Magazine with permission to re-publish. Published by Evangelicals for Social Action, PRISM magazine encourages relevant, compassionate Christian witness, grounded in the transforming power that Christ brings to the whole of our lives.