Tears stream down my cheeks. Uncontrollable joy pours from the smile on my face as praise shoots off to the heavens for what the Lord has done. This is where I want to take you.

An old man sat all alone with a somber look on his face. In a church full of people, his presence seemed unnoticed. Despite the activity around me, I was drawn to this one man. His appearance, his countenance, his soul read forgotten. As Jake started the evening prayer service, I followed the Lords leading and sat next to this man. 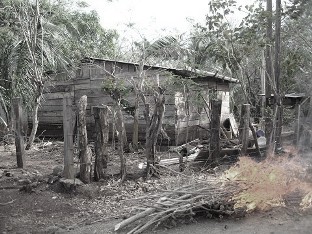 Jake invited the congregation to come forward if they had a prayer request to share. Every time someone would share, people would get up to lay hands and pray for the person. Normally I would have done the same, but I felt the Lord telling me to stay- I was supposed to sit and pray for this man.

As the service continued, the unthinkable happened. This little old man, named Jose, shot to his feet to ask for prayer. I almost bolted out of my seat at the answer to my prayers.

Jose was being tormented by horrible nightmares. A dog was attacking him in his dreams and he lived in constant fear. As he shared, my heart connected with Joses. We showered him with prayer and rebuked the enemy in his life.

That night we walked Jose home. He led us down the darkest road Ive ever seen. Trees swayed back and forth in the wind, leaves crunched under our feet as odd sounds echoed in every direction. I couldnt imagine a life like this. Arriving at a dark property surrounded with barb wire, my nightlight revealed hundreds of spider eyes peering at me. Joses home, much like his heart, was void of human attention.

My heart sunk as Jose opened the door to his house. Broken boards covered the ground and trash filled the corners. Joses lonely mosquito net covered bed was the only piece of furniture in the entire house. Tree branches scraped against the outside of the house and bursts of wind caused seeds to shower the metal roof, sending chills through my body.

I had to shout scripture to defeat fear and I was with three men- I couldnt fathom living this life alone. We covered his home with prayer and invited Jose to a prayer meeting the next day.

The next morning, Jose was the first person on the doorstep of the church. Little did we know that the Lord had the entire day planned for him. As he shared his story, we found that Jose didnt really understand that his Father loved him. Our mission was to shower this one man with love. 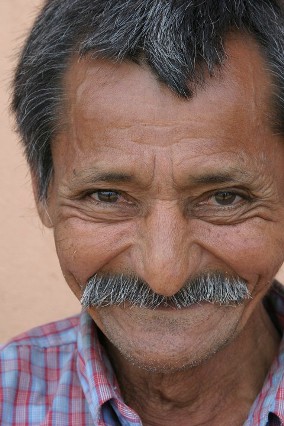 At eighteen years old, Joses family abandoned him. For 46 years, he worke d on a farm to put food on the table. He never had any friends, never had been married, never had anyone special to share life with. Retiring at 66, Jose now lives all alone, with no family, no friends and only a small pension to support his immediate needs.

We sat in the church and I poured everything I had into my brother. Jose began to weep as we shared with him how much his Father loves him. I felt the Lord telling me to wash Joses(his) feet as a demonstration of love and humility.

The Lord wanted to use my hands to show Jose how much he loves his son. Tears welled up in Joses eyes as I knelt down on my knees and washed his feet.

Jose began to transform before our eyes. The man who had never smiled nor received a hug prayed for a new heart and asked the Lord to become real in his life. Smiles spread across our faces. Jose began realizing that his Father in heaven does love him and that He will never leave him nor forsake him.

Our group felt burdened for Jose and we knew that the Lord wanted us to bless him. Our hearts broke as we cleaned Joses house and filled it with prayer.

Tears poured down my cheeks as I could feel Jose’s house fill with love, joy, and peace.

Together with Jose we celebrated the love of our Father in heaven. My life is forever changed.