I’ve recently been reading some discussion forums on the impending November elections and paying special attention to those on both sides who are calling either Obama/Biden or McCain/Palin the answer to the Christian dilemma in politics.

One side is all for overturning Roe v. Wade, while the other concerns itself with the protection of the intrinsic sanctity of life through the provision of basic health care for everyone. 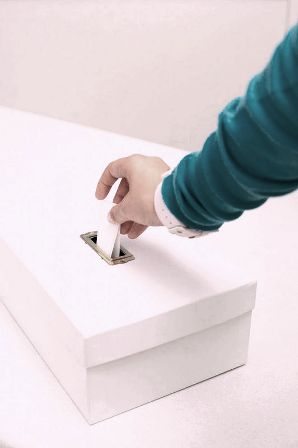 And while I am grateful that for the first time in what seems like decades (and hey – maybe it has been decades! …but at least eight full years, for as long as I’ve been old enough to vote) my vote will be cast for the greater of two goods rather than the lesser of two evils, I’m not holding my breath for a revolution.

Over the past eight years, my attitude toward politics in general has changed quite a bit. No longer am I hoping and praying and fasting for a “godly president.” No longer am I laboring under the delusion that any man is the Christian’s answer to our failing, ailing culture.

So while I very much intend to cast my vote in November (though you’ll never know which way I swing!), I’m not banking on his goodness or godliness. I’ll pray for my leaders and submit to their laws insofar as I’m not disobedient to God’s in doing so.

But in the end, I don’t trust one single person, a politician much less, to be the answer to all of America’s problems, or to the American Christian’s problems.

No, that great weight rests squarely on the shoulders of we who believe.

In this case, the old adage certainly applies that “if you want something done right you have to do it yourself.”

“For whatever you do unto the least of these, you have done unto Me.”

We are Saints. (If interested, Sarah Groves has a wonderful song entitled “When the Saints”).

Why – oh, why!? – would we ever choose to leave the great honor of serving Christ by serving the least…to a politician?

So, vote come November 4. Read up on their platforms; re-watch the debates, and cast an educated vote based on who you believe is best suited for the time.

And then, go on your way serving the least and loving the unloved.

Because no politician, no human other than Jesus Himself, will ever be the answer.

But we, as the Body, can surely offer some hope.

Amy is a singer/songwriter in Nashville, TN where she lives with her husband, Paul, and their dog Mandy. When she’s not singing or writing, she can usually be found nose-in-book drinking coffee somewhere in town.