Wrecked recently had the opportunity to interview Matt Hammitt, frontman for Sanctus Real, about the band’s new release Pieces of a Real Heart. Here’s how it went down: 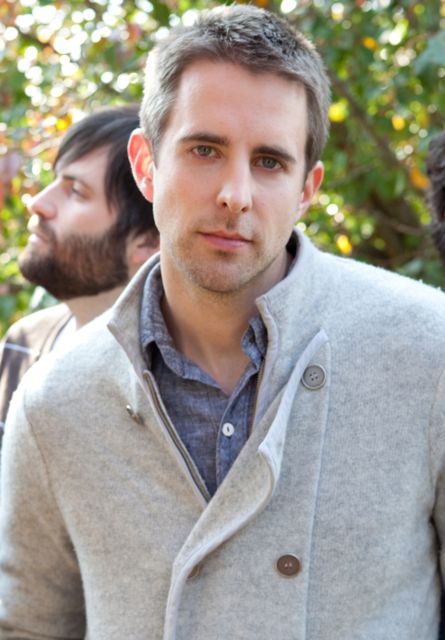 WRECKED: What led you to write “Lead Me”? What’s the back story on that?

Mark Hamitt: I’ve been married for almost nine years to my wife Sarah. We have two daughters (Emmy, four and Claire, two) and a baby on the way. We’re currently walking through a season of our marriage that’s really special; we’re more connected and committed to growing spiritually together than ever before.

However, a few years ago we were having a difficult time resolving conflict in our relationship. In the midst of our struggles, she challenged me to be a stronger spiritual leader in our home. I was really humbled, because I knew that I hadn’t been disciplined in leading her in that way. That afternoon, I spent a lot of time praying and reflecting, and I wrote the guts of the song “Lead Me” (which I later finished with Chris Rohman and Jason Ingram).

This song is the cry of a wife to be led by her husband, the cry of children to be led by their Father, and ends with the prayer of a husband and father to be led by God in the great responsibility of building a home on the solid foundation of Christ.

WRECKED: It seems that throughout your career, your music has gotten less brash and more melodic. Has that been intentional or just a natural progression as your life has changed?

MH: It definitely comes as a natural progression. The band started in Chris’s basement when we were teenagers in high school.  We wrote songs with Christian themes full of the energy that comes with youth.  We never would have thought then that we’d make a career out of it.  We still try to keep elements of that youthful energy in our live show and as we write new songs, but 14 years have passed. Just as those years have shaped and matured us from boys into husbands and fathers, the years have shaped how we write music… and how we listen to it, actually.

WRECKED: You guys have definitely made a name for yourselves, having become well-established in the Christian music genre. As artists, what is important now? What do you see as your essential calling, and has that changed since you first started?

MH: The calling, or platform, of our music is something that has grown over time. When we were teenagers writing songs for other teenagers, we wanted to give our peers a fun and positive alternative to some of the other music out there.  This is still something we aspire to do, but we’ve experienced more and have been inspired by different things. Family is a huge priority in our band and has a huge say in everything we do.  If our wives and children no longer believe in what we’re doing, Sanctus Real isn’t doing the right thing. We’re also involved with different social groups like TOMS Shoes, The ONE Campaign, which raises money for relief in Africa, and another organization called, Mocha Club.

The money we raise on tour for them goes directly to building clean water wells in Darfur in the Sudan. They only ask for $7 a month, and it’s amazing how far that small amount goes. Nearly everyone can give $7 a month. In May we’ll be going on tour with David Nassar and Mike’s Chair for HOLT International. They have orphanages all over the world.  This tour will specifically go to relief efforts in Haiti.

WRECKED: What’s the significance of the title Pieces of a Real Heart?

MH: We thought Pieces of a Real Heart was a very fitting title and concept thematically. Each song was written from a piece of our band’s collective heart. They address different topics but are tethered together by underlying themes of love and humanity… being real. There is definitely a continuing maturity in the content, as we get older too.  We’ve had to address serious issues in our real lives, and we’ve tried to reflect this honestly in our music.

WRECKED: It seems that it’s always been a goal of the band to pursue authenticity. As you’ve grown in popularity, has that been a challenge at times? When have you caught yourself (or each other) being fake? Is that a regular struggle?

MH: More than anything, we struggle with insecurity and not measuring up to standards we set for ourselves. It almost seems like an opposite struggle as “being fake,” but really it’s just another form of pride. The song “Forgiven” came out of a time when we were really fighting this and realized that “God’s strength is perfected in our weakness (2 Corinthians 12:9).”  No matter what we are or what we’ve done; what we truly are and will always be is “a treasure in the arms of Christ.”

WRECKED: As an addendum to the last question, how do you overcome the general superficiality of being in entertainment to make a meaningful connection with your listeners?

MH: We’re somewhat relaxed individuals, and being “entertainers” doesn’t come naturally, so a lot of that doesn’t even register with us. Connecting with listeners is a main goal though, and we recognize the importance of engaging our audience.  We’ve had to consciously work hard at that. Additionally, I don’t think we could ever survive the stress and strain of touring if we didn’t feel called to it. And if we’re called, we need to make the most of our time and abilities. Plus, if one of us starts getting a big, inflated, head, there are four other guys who are quick to deflate it.

WRECKED: What’s next for Sanctus?

MH: It’s going to be a busy year for us. Right now we’re promoting our new album on tour with bands, Addison Road, Above The Golden State, Me In Motion, and guest speaker, Sammy Adebiyi. Before we play our familiar songs, we play the entire new record, Pieces of a Real Heart, from start to finish.

This has been a fun challenge, and audiences seem to being responding very well.  We’ll continue touring through the summer until this fall when three of our wives are due. So even though we’ll be off the road, we’ll be busy taking care of our families. The rest and relaxation comes next January when we get to play on the KLOVE cruise. That will be nice.