There I was, in a remote Guatemalan village on the side of a mountain. We had just finished building a concrete cooking stove for a family. I stepped out of the house to allow the village women to come and see the new stove, and that’s when it happened.

Thankfully, I didn’t step out too far or I would have fallen down a 20-foot drop-off to the bottom of the gulch. There was a corn stalk fence built on the edge with a single barb wire to hold it up, but I’m not sure it would have stopped me from falling. A gap in the fence served as a place to throw dirty water and scraps away. I was always nervous when little barefoot kids would be playing by the gap, especially the five year-old girl carrying her little sibling on her back. It’s amazing; all day long, these little girls carry the infant brothers and sisters as they play. They are almost babies themselves, but evidently, they were the professional caretakers. 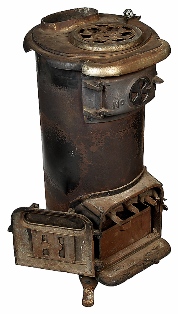 I hadn’t worked too hard, but still, it felt good to have it finished. I actually spend a lot of time playing with Jessica, her siblings and others. Jessica (pronounced Yesikah) seemed to be around eight years old and was definitely the ring leader. There was Antonio, maybe three. Jose, I’m guessing, was nine (he usually had work to do), and the rest of their names I never did figure out.

Jose was very responsible. He was the first to help out with the stove as he grabbed the tool box and immediately carried it up the road and down the trail to his house. Then, he grabbed the water jug and ran up and down the trail again and was gone. Shortly, he came back with the jug balancing on top of his head. He knew that our heavy sacks of concrete required water to mix. I later tried carrying the water jug on my head. It was heavy, and I sloshed water all over me.

I mixed the concrete in a wheelbarrow, and as the team starting constructing the stove, I would play in the concrete mix and draw a picture of a cat, a dog, a flower or whatever and the children would call out the Spanish word.

That’s how we communicated.

Mostly, we laughed a lot. I would play tea party with the little girls; at least, that’s what I thought we were playing. They would put dirty water in a cup and I would pretend to drink it. Then, they would grab a huge leaf, wrap some mud in it and give it to me and say, “Tamale, tamale!” I think I ate a hundred tamales that day. And they would giggle. I guess all little girls giggle and play pretend. It must be written in all our hearts.

By the way, Margarito named the stoves the Julia estufa (the Julie stove), after Julie as she helped Margarito build his first stove a few years ago. Normally, the women cook on open fires inside their houses, where the smoke hangs around in their house/bedroom/kitchen. Typically, its an all-in-one 12 by 14 foot house. Respiratory diseases are extremely common for women who breathe smoke all day long, every day of their lives. The Julia estufa is a concrete block stove with a stovepipe that vents the smoke outside and burns one fourth the wood of an open fire. It is a lifesaver in many ways.

So, I was standing by this gulch. The village women were curious to file in and look… and then it happened. As they realized about the smoke was venting outside something rose up in them. As they stepped out, they were intense, emotional, and desperate. They cried out in Spanish, but I could understand a few words. I could really understand the emotions.

With tears and pleading cries, they would point up the mountain, or down the valley and say, “Mi casa, mi casa, necesito.” (“My house, my house, I need it.”) One woman communicated that her little son had fallen into the open fire in her house and was burned (it happens a lot). They would look into our eyes with pain, and with desperation. I stood there, three feet away, not sure what to do or say. It took every ounce of energy to keep from breaking down in tears.

Later, I walked up the trail to Julie, who saw the commotion, and she asked, What is going on? I couldn’t even answer. I turned away and broke, the tears flooded out… on that mountain trail. It was a profound, painful and haunting moment…

What is the redemptive element in this story? Carrying this memory with me…every day is the redemptive element. It will help me to make decisions in my life to live simply and be careful what I buy. It will help me to focus on big and small decisions such as buying an expensive new car or getting buy on an older model to invest extra money in a micro-credit organization. It will limit my cups of chai. It will force me to be an advocate for the poor and make a long term transformation strategy for this village. Currently it has me taking an online community development course so I can go back with transformation knowledge. It confirms that I don’t want to retire on the golf courses of Phoenix because I will be too busy working in these villages.

“He has showed you, O man, what is good. And what does the Lord require of you? To act justly and to love mercy and to walk humbly with your God.” Micah 6:8

We know what to do.

Bill Ross, married to Julie, a father of four boys, really is taking on online community development course because of this experience and plans to go back to make a difference. He is a dreamer of God’s glory covering the earth so that we can all live in our glory. He lives on a Midwest farm but dreams of living in Colorado, and is a catalyst and coach for organic church.