What is your personal experience with pornography? What did your own struggle look like?

At that point, certain walls of resistance had already collapsed. Like the proverbial “guy with a remote control” who “wants to know what else is on,” I was determined to explore this alternative universe. The Internet was more than willing to oblige. Even though I was leading worship in my church on Sunday, I was on the way to becoming a hopeless slave to Internet pornography addiction, but I rationalized that I was balancing the two worlds quite capably and getting away with it.

After what I consider a wake-up call several months later, I was able to break free for several months. Then I went back for several weeks and then broke free again. Two years later, there is a short-term freedom in being able to honestly say I’ve forgotten the internet addresses of most of those sites. But in the long-term, the fact remains [that] I know the search criteria that got me there. The Internet’s dark side is never more than a few clicks and keystrokes away. Walking in holiness has to be a daily resolution.

When did you realize that this was a systemic problem in a lot of mens lives?

After remaining free for a longer period, I decided to (a) go public, and (b) create a forum for women to know more about the mechanics of how the Internet porn industry functions. There are millions of pornographic web pages, but each has one thing in common: They were all put there by someone. That person had a reason, a motivation, and I thought it would be helpful to create more understanding of why the stuff is there in the first place. I figured there were already seminars for men who were dealing with a multitude of addictive behaviors, but nothing for the women who were, as I termed it, the collateral damage in the sphere of Internet [pornography] addiction.

I found out really fast that this is truly “the elephant in the room,” both within and outside the church. Tell people this is what you want to discuss, and the room gets really quiet. Plus, I’m in Canada where there isn’t the same transparency about personal struggles. We don’t talk about our spiritual lives here in the same way that people do in the U.S. I have always known that this was a hot topic, but once I was trying to create open discussion, it was initially the silence that told me I had struck a nerve more than anyone’s particular admission or confession.

For a younger generation of internet sex addicts, though, this is a non-issue. Images of naked peopleeven images of their classmateshave been available online all their lives. An entire generation is being raised without a sense of shame. It was once the case that humans distinguished themselves from the animals by their ability to blush, but slowly an entire generation is losing that. This generation would say there is no problem at all here.

How does pornography affect mens relationships with their wives, family members, and God? 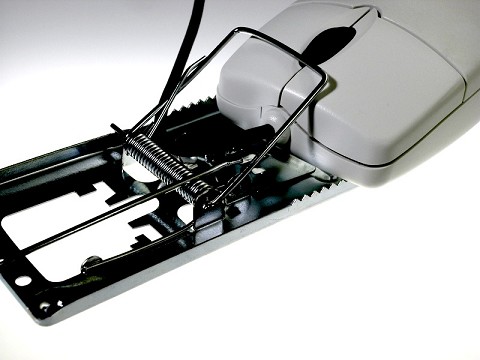 I don’t think anyone who has had exposure to pornography is ever the same. Over an extended period, I think exposure rewrites the brain programs of our minds, to the point where, for guys, any female is just a body to be exploited. I don’t think any man who is deeply hooked can look at his wife or girlfriend, his sister, his daughter, or even his mother the same way. Yes, I’m saying it changes all relationships that a man has with all females: The girl serving at the fast food place, the woman in line at the bank, the kindergarten teacher at the elementary school, all females.

In terms of spousal relationships, the problemand fortunately, this wasn’t exactly the issue for meis that men are intended to find sexual fulfillment in their wives. (And likewise, wives in their husbands.) So immediately the relationship is encountering damage. But when the Internet habit is also a secret habit, there is an additional wall of separation building between the husband and wife.

Spiritually, sin is sin. While we can admit that God probably ain’t too happy, we can use all kinds of rationalization to justify that what we’re doing isn’t such a big deal. After all, aren’t a lot of popular songs somewhat pornographic if you read the lyrics? If a person is really tuned in to their own spirit, I think they’ll recognize that, like Adam in Eden, we’ve somewhat hidden ourselves and hurt the relationship [with God] in the process.

Have you encountered women who have struggled with porn?
Once I went more public with my desire to speak to this subject, I had a number of women who came to talk with me. While at first discussing a husband’s or a son’s addiction, they eventually shared with me that they had struggled with this themselves. Yielding to female stereotypes of soap operas and romance novels, I assumed they were speaking of text pornography, like the novel that had initially hooked me. But they were saying no such thing. They were into the pictures just like the guys were, and one woman in particular hinted at a very deep addiction that had tied up hundreds and hundreds of online hours.

What does it mean for a porn/sex addict to discover grace? What does that look like?

I think that the grace of God comes in the form of the strength that we don’t have within ourselves to walk away from the Internet, either figuratively or literally. Apart from Christ’s power working in us, there’s no compelling reason to break free, let alone the strength to do it. But with Christ’s power, I believe that breaking free of this particular addiction can be a relatively painless process. If we see our sin as being sin against God, we will strive for holy living.

Grace can also appear in the form of a friend who has walked the same road or a friend who is simply brave enough to wade into the topic with you. Grace can be a pastor willing to devote a Sunday morning sermon to the topic, and grace can be a congregation that doesn’t judge when you walk toward the front at the pastor’s invitation. Grace can be an understanding spouse who desires to encourage you toward freedom from addiction. Grace can even be a young daughter who catches a glance of an image on your computer screen and asks, “Daddy, how would you feel if that were me?”

It’s interesting to think about that question apart from the various things I’ve read in books and magazine articles that were all U.S.-based. The book, Porn Nation, by Michael Leahy and the book I Surrender All: Rebuilding a Marriage Broken by Pornography by Renee and Clay Cross share two stories that I believe to be representative of stories that are common to so many. In my country, what I’ve experienced is hushed voices, speaking in low tones, whispering, “Been there. Done that. Free now.” Or, “Yeah, I’ve been through that.” When you get down to it, the whole thing is rather embarrassing for many men.

I think the curiosity factor engages a great percentage of men at one time or another, particularly as the computer changes the way pornography is accessed. The question is how long are you going to stay in Sin City? Some stay a long time. Some reading this are there right now. No, make that, many reading this are there right now. Thankfully, I think there are probably more stories of spiritual victory out there than we realize, but far too many men are afraid to admit the problem existed in the first place.

Are people being set free? Yes, I am sure they are. Are they sharing their story? Not so much. I am sure there are people who recognize the fragility of their condition and in the spirit of “Let him who says he stands take care lest he fall,” don’t want to proudly declare themselves ‘cured’ when they know this is a daily battle, an ongoing fight. Like the alcohol, drug, or gambling addict, it is truly a case of “one day at a time.”

What resources are available for those who are struggling?

If a person has a trusted friend, he can serve as an accountability partner. I know two pastors who serve as accountability watchdogs for each other. I think that accountability software like Covenant Eyes is probably the best resource we have right now. If a person is really fighting the addictive nature, then a program like Celebrate Recovery is also helpful. My take on this important issue is also available as a free online resource at www.thepornographyeffect.wordpress.com.

Paul lives in a small town about an hour east of Toronto, Canada with his wife and two sons. He’s worked in various aspects of ministry including publishing companies, Christian camps, a Christian school, a Christian Artists association, a television ministry, a local church, and most recently as the owner of two Christian bookstores. He blogs daily on a strange assortment of Christian topics at www.paulwilkinson.wordpress.com. The book this article refers to is currently available for free online reading at www.thepornographyeffect.wordpress.com.