Jon Foreman sings for Switchfoot. Personally, I find his music honest and inspiring. I attended a Switchfoot concert awhile ago, and it was one of the most moving worship experiences that I’ve had in awhile. 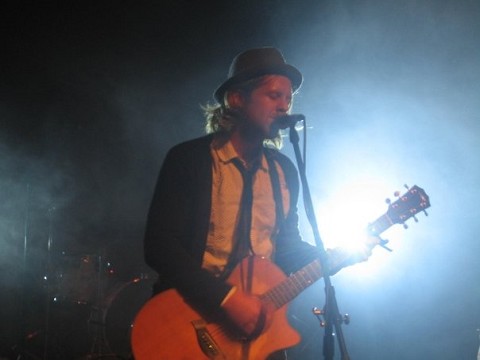 When I heard Jon sing those words at the Switchfoot show in Nashville during their Oh Gravity Tour, I wept — in worship, adoration and awe of a gracious God.

On all worldly accounts, they’ve made it; they’ve hit it big in the Christian and mainstream markets. They’ve produced multi-gold records and toured with some of the best. Yet, they know that this isn’t “it.”

If their music is any thermometer for where they’re at spiritually, they’re hungrier than ever for truth. They’re more dissatisfied and restless than they’ve ever been. And so am I.

Maybe God is getting ready to do something really big in the hearts of those who are brave enough to dream.

To dare to imagine another culture. Foreman says the following about where he’s at spiritually in all of this:

“So in the half-light glow of radio shows, music videos, and greedy billboard charts I am aware of a darkness that is beyond me, I am coming to terms with my unbelief. No, I don’t believe in rock and roll. No, I don’t believe in the success that we’ve achieved. And no, I don’t believe in me. In a free market world of the bought and sold I feel caught in between. Maybe Dylan was right when he said Rock and Roll isn’t Rock and Roll anymore. I’ve met so many lonely, desperate, beautiful people over the past few years. Yeah, I’ve got a bitter pill to swallow, but it just might be true. Maybe our lives drift quietly by and we can’t stop the current. Maybe this modern river leads to the sea of death, where no medicine can cure these ills. Perhaps our restless wanting is satisfied only outside of ourselves.“

What dream are you living for?

Jeff graduated from Illinois College, a small liberal arts school, with a degree in Spanish and Religion. He lives in Nashville, TN. He works for Adventures In Missions, edits this silly little magazine, and loves to do new things. He just got married last January. Check out his blog: Pilgrimage of the Heart.