The first day we went driving in Switzerland, something was noticeably missing.  I waited and watched awhile.  Finally, feeling rather foolish, I asked my hosts, “Don’t you have semi trucks here?”  We were on the highway, and I had not seen a single big truck.  Trucks, I learned, are banned from the roads on Sundays.  They were surprised at my question, and we were each mutually amazed at this little difference in our laws. 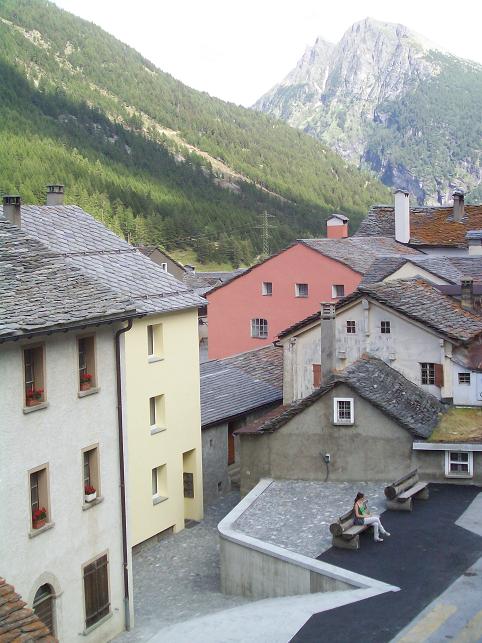 We weren’t on the highway long; soon enough we followed winding little roads through mountain communities.  I watched out my window as architectural details changed from valley to valley.  I caught my breath at my first glimpse of their lakes; here in Illinois, the water is muddy and dark everywhere.  I’ve been to Minnesota, where the water is clean and glimmers silver in the light.  In Switzerland, lakes and rivers seem to be as clear as the water in my glass.  Near Interlaken, I saw the sky reflected brilliantly blue on the lake…it reminded me more of an ocean than any lake I have ever experienced.

We stopped at a little cafe and I gawked at the lake and the mountains, so distracted by their beauty that I unthinkingly poured half a glass of water right down the front of my shirt.  It was, by Swiss standards, a rather muggy day.  My shirt dried in about five minutes.  We were definitely not in Illinois!  That day, we had lunch in Grindewald, where the menus had no English at all.  We were next to a mountain; I guessed it was nearly mile away, based on the size of the houses I could see, but it felt like we were right up against it.  The scope of mountains really messes with my size-and-space perspective! 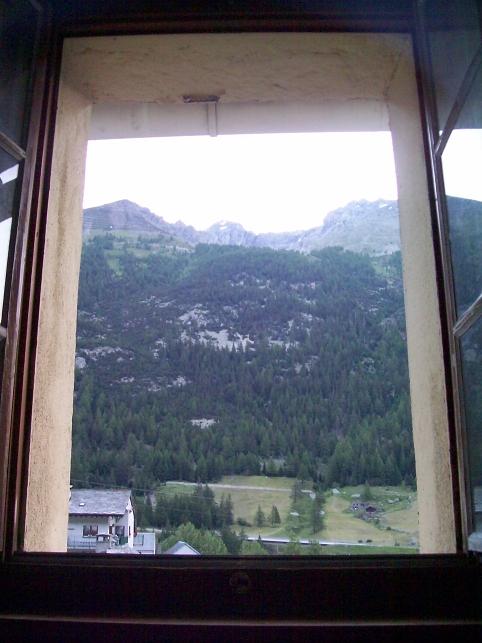 It’s hard to pick a favorite thing about my trip, but high on my list was our two-day driving tour along the French and Italian borders, and in particular, the night we spent in a mountain pass in tiny town called Simplon Dorf.  We had dinner in a tiny tavern there, where old men stood at the bar, drinking and swapping stories.  I enjoyed a dish I can only call “cheese toast” there…homemade bread topped with a rich ham-and-cheese gravy, and topped with an egg (by the way, they don’t call it “Swiss cheese” in Switzerland, and it is far better than any Swiss cheese I ever tried at home.) While we ate and talked, I watched and listened to the old men.

They looked like something out of Hemingway, and I definitely felt like I was living inside a novel.  Later in the evening, they sat down and enjoyed fondue, still sharing stories.  My host translated the funniest parts, and I realized I might be half a world away from home, but old men in taverns tend to tell the same stories.

We stayed that night in a hotel where Napoleon himself had stopped for a drink (a sign there even told how he paid for his drink).  My room was very simple.  The sheets were pink and the covers were peach, and the towels didn’t match either.  My shower was in my room, but the bathroom was at the end of the hall. 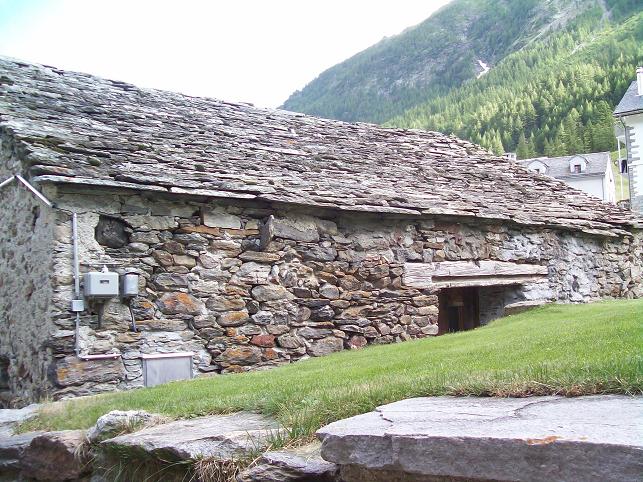 But everything was very clean, and the down comforter was thick, and the pillow was made of feathers.  I opened my little window (they don’t use screens there, you know…no bug problem), which offered a view of the mountain, and invited the crisp air inside.

Throughout the night, I woke repeatedly to gaze out that window from under the covers, and found myself telling the mountain how glad I was that just for this night we were together.   I don’t generally talk to things; suffice it to say the night felt magical.

Breakfast downstairs the next morning was coffee with milk, fresh croissants, and a plate of sliced cheese and meat that I can only describe as “ham, only better.”  Leaving that little village of stone buildings, stone roofs, stone walls, and melodic church bells ringing across the valley early in the morning, I knew for sure this was a place I would never forget.