The first sounds I heard in Switzerland made me chuckle. 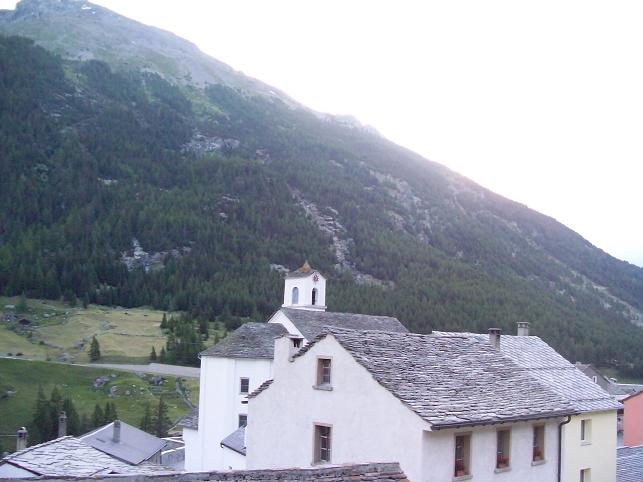 I had deplaned in Zurich and was riding an immaculate little train through a spotless tunnel to the main part of the airport.  The sound track kicked on.  It wasn’t music.  A cow mooing, her bell clanking….sheep bleating…and then there was the yodel.  We were exhausted passengers, but who couldn’t smile at those sounds?

The sound that most fascinated me in that country, though, was the constant variety of language.  Where I live, everyone speaks English.  They may have accents, but it’s one language only…and God help the person who suggests we might add Spanish, in consideration for the growing population of Hispanic folks here.

The language in Switzerland is like music…like an elaborate symphony.  Italian, German, and French are the three main languages I saw in print.  In the “tourist” areas, there was some English, too.  Unwritten but spoken widely are the dialects of Swiss German, which differ in each Kanton (if I understand correctly, a Kanton is a region basically marked off per valley).  In restaurants, in cafes, and on the streets, all of these languages and more could be heard.  Waiters and waitresses were quick to adapt their language to the customer, though I have to confess I enjoyed handing my English-less menus off to my hosts and asking for a recommendation.

Meals with my hosts were a constant flow of Swiss German, filled with all sorts of tones, inflections, and throaty noises we don’t use.  I never got tired of hearing it, despite the fact that I couldn’t pick up enough to even have a clue of the subject at hand (and I always got a translation of the funniest parts.)

One day, I had lunch in a roomful of Italians.  That language is close enough to English that I had a general notion of what was going on.  The exuberant expression of Italian is a whole-body experience, not only words.  I could have gladly sat at that table for days, just watching. French: who could ever grow tired of hearing it?  I always want to close my eyes and ask for more.

I quickly noticed again what I had learned when Lino first came to us from Switzerland:  my English tends to be lazy, sloppy, and mumbling.  I naturally returned to thinking a bit more as I chose my words, and trying to, as my third grade teacher used to admonish us, “enunciate.”  And then there were the bells.  Did you know that Switzerland is filled with the sounds of bells?

I don’t wear a watch. On my trip, I didn’t need one!  The church bells toll the hour everywhere.  Behind the home where I was staying was a school, with a bell that chimes every quarter hour (one, two, three, and then four chimes before the tolling count.)  The room I slept in had a balcony, with tall doors.  Most nights I slept with the door open, delighted to hear the bells (and breathe the cool, clean air) throughout the night.  When it is church time, the bells ring on and on and on…I think for almost a full quarter hour.

The sounds of Switzerland still play in my head through my days and nights.  Western Illinois feels a little flat, in comparison.  I definitely left a sizable chunk of my heart back there.