Answers are one thing the Christian community has no shortage of. So many of my peers have the most matter-of-fact responses to some of the most confounding conundrums within mankind’s general understanding of existence. Whether it’s why things are the way they are, why they won’t be what they can be, or why they may never be; there’s always a coyly rattled off explanation. It’s as if most believers should just playfully look at the inquisitor and reply, “Well, someone hasn’t been reading their Scripture!” 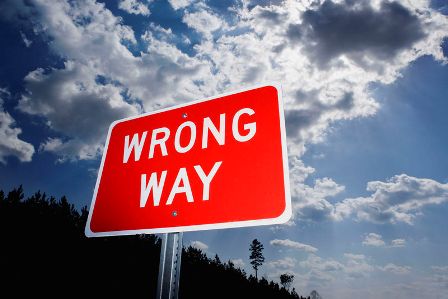 At the deli/wing-joint I work at one of my managers and I frequently talk about religion. He shares a vastly different set of beliefs than I do; yet our conversations are always civil on both of our ends, even with the intensity of the content of our discussions.

“What if you’re wrong, Ben?” He asked one day, “What if there is a right religion and you don’t believe it, or what if all religions are wrong?” What I appreciated most was that he didn’t ask this in malice; this was genuine inquisition.

“Well, I guess the probability that I’m wrong is the same as Buddhists, Muslims, Atheists, Polytheists, Wiccans, etc. are wrong, but for me my faith isn’t about being right. I don’t have to be right, I just choose to believe because my Christian conception of God has been relevant to me.”

I knew this answer would have bothered a ton of my more theologically conservative friends. They probably would’ve accused me for having a weak faith because I didn’t tell my manager that it was impossible that I was wrong. My manager was stunned. He told me he had never heard anybody tell him anything of the sort. All of the responses he ever got back from that question were mainly accusations that maybe he was wrong too, and if he was wrong he would go to hell whereas the believer would just rot in the ground if they were wrong.

It upset me that the only Christians he has asked that question to were too insecure in their beliefs to embrace the true nature of faith; the possibility of being wrong.

Though Jesus did scold the disciples a great deal for being skeptical of Jesus’ nature, he also said that those who trust in him who didn’t see him are more blessed than those who did see him (John 20:29). Jesus knew that faith wasn’t an easy gig, so why have so many Christians made it seem so simple?

Every person has wondered where the world comes from, how it got to be that some people never lack while others live and die in it, and how it will all end. According to many Christians these questions are all answered simply by creation, sin, and ascension (respectively). Hope and faith only comes into the picture when we doubt these explanations simplicity. Unfortunately, some then use “hope” and “faith” to reinforce the simplistic nature of these explanations. It’s almost as if a child uses their own foolhardiness to affirm to themselves that their mom didn’t buy them the life-sized Optimus Prime because she doesn’t love them, but many Christians call this ignorance “hope” or “faith.”

There was survey done recently among third-graders which asked them if they thought athletes taking performance enhancing substances were wrong. An overwhelming number of them said it was wrong because it was cheating. Adults didn’t quite rival the number of nays’ towards PED’s that the kids did, because as adults, we know there are more angle to approach this issue from than just right of wrong. For example, why is ok to drink coffee on the morning to be more awake for the exam than it is to take a nutrient supplement to enhance a workout? Both are using chemicals to enhance performance, so what’s the real difference here?

Those third-graders didn’t think of that. Maybe if they did they would have though a bit more about their answers, but being that the world hasn’t been fully brought into focus yet for them, it only makes sense that they keep very simple lines of reasoning.

In faith, I find that so many adults still subscribe to this type of simple reasoning in the case of God’s existence. Too many people “know” that God exists, and only the faint in heart “believe.” The Christians who “know” God exists typically also “know” God’s stances on political issues (conservatives and liberals alike), the true nature of morality, and who will be going to heaven. This “knowledge,” which is sculpted by the fear of being wrong and ultimately not in control, is enforced by feigning childish ignorance to the validity of opposing worldviews.

I thought Jesus said those who believed without seeing were blessed? These Christians haven’t seen and seem afraid.

I believe that being “blessed” in the way Jesus used the term is to enjoy in the risks of living in a genuine relationship with a God who can only continue in your life by faith. If we live by faith, then we know when God is speaking to us, instead of how he speaks to everyone. If we live by hope, we know when God is connected to us, instead of as-a-matter-of-factly blasting those who doubt in the object of our connection.

Let’s abandon our knowledge in our faith, and be blessed.

Ben is a fourth year student at the University of Delaware studying Mathematics Education. He writes as a hobby, and published his first book in December of 2008. You can read his other works, and even purchase his book at http://somedaypublished.com.