India cities are busy. Natives roam the streets buying and selling from vendors while tourists enjoy the sights, sounds, and smells of the beautiful country. It was a night, in a city like this, that changed my life forever. 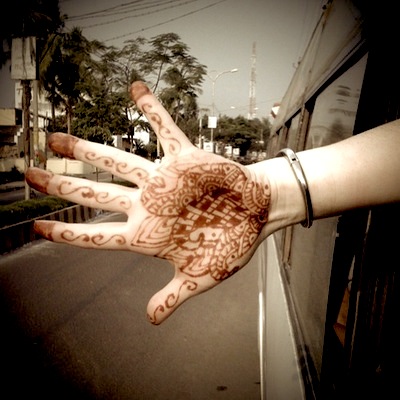 Downtown Kolkata is a great place to be. The city is alive from sun up to late night. During the day vendors line the streets selling everything from delicious smelling spices to brightly colored power dye to beautiful homemade saris and scarves.

Observing all this for the first time, I was amazed at how much color is in the world that we Americans don’t see. Bright yellows, oranges, reds, and blues-colors that I have only seen in my dreams-I now saw lining the streets of one of the most impoverished and overpopulated countries in the world. At night the city stays busy with the more affluent of India coming out for an evening on the town. The wealthy, wearing their best clothes and sweet smelling perfumes and colognes, walk the same streets that hours earlier housed poor street vendors and beggars.

In 2006, I had the privilege of traveling to Kolkata with twenty-five of my friends from various bands and non-profits who had faithfully joined me in learning more about the growing issue of Human Trafficking and Modern Day Slavery. We were representing the newly developed organization Faceless International, that myself and my two friends (Seth Cain and Anberlin’s Stephen Christian) had formed the year before. We created Faceless to educate and encourage individuals in making a difference in the world using their God-given gifts and talents.

When developing Faceless, we wanted to build relationships with natives who are making a difference in their own country, so we could walk beside them and join forces to make their communities a better place. Our goal was to meet faces like our friend, Vijay, who lives a life traveling around India ministering to the outcasts deemed as “untouchable” by Indian society. His efforts work to provide education to the less fortunate by developing free schools in small, rural Indian villages, and he even houses six young children in his own home, who have been orphans since birth.

Throughout our time in Kolkata we met with girls who were victims of Human Trafficking as well as others who were considered “high risk” to enter the trade. I saw twenty-five musicians and their friends come together to paint a school in the red light district, to listen to a story by a 12-year-old who had been raped multiple times as a child and as a result today is unable to walk, and to dance with Indian girls who couldn’t speak English but could sing some great Shakira songs. This was a beautiful picture that allowed me to see what God had in store for Faceless, but it was not until our last night in Kolkata that I had a clear image of the task set out for us.

The twenty-five of us gathered together as family, ready to celebrate our last night in Kolkata and eager to enjoy the fine Indian food and culture that the night holds. After a fun evening we walked home sharing memories of the faces that we had met and the lessons we had learned. While walking down the street we came to a bump in the middle of the road that we had to step over to continue to our hotel. We thought nothing of this, as one by one we each stepped over this object blocking the sidewalk. I was one of the last in our group. When I stopped to see what thing had the nerve of taking up a sidewalk, I realized it was the body of a young boy, probably around 8 years old, that was lying there alone. He was wrapped in a dirty blanket, trying to stay warm in the crisp, Indian night. One by one my friends and I who had traveled across the world to “defend the faceless” missed the faceless boy that blocked our path.

Check out Faceless International for more information about the organization’s efforts in countries around the world, as well as domestically. Spots are still open on our 2009 trip to Guatemala in June, which will focus on fair wages for coffee farmers, and our domestic trip to New York City in July. Our winter trips for 2009 and spring trips for 2010 will be announced shortly. Sign up for our e-newsletter on our website and be the first to know!

Sarah is the Co-Founder and Director of Faceless International: an organization that aims to defend the plight of exploited people worldwide who have gone faceless and unknown for far too long. Faceless provides first-hand experiences and education through trips around the world and solution-based opportunities through regional resources. She currently resides in Nashville, TN where she enjoys waking up each day to the great plans God has for her.