My most important spiritual lessons were not learned in a Sunday School classroom, a Bible Study group, or a Sanctuary. They were learned in the presence of poverty, death, and suffering. They were learned from the eyes of a hungry orphan, the words of a sick widow, the smile of an abandoned little girl, and the shame of a homeless man.

I can’t go back to the way I was. I’m not the same person I used to be. Even in the simple things I do every day, I will never do them the same way as before. I’ve been changed. And I can never go back.

I used to get impatient if I had to wait more than 30 minutes for my food at a restaurant. That was before I saw orphans at the Thulwane Care Point in Swaziland who had not eaten in days.

I used to complain under my breath when I realized someone had taken the Expo markers from the classroom when I was preparing to teach my weekly Bible Study. That was before I met a missionary in Africa who taught children about Jesus under a tree each Sunday morning and counted it the greatest privilege of her life. 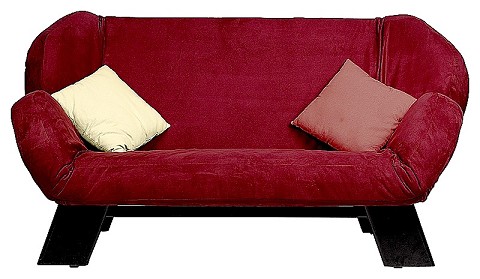 I used to stand before my closet full of clothes and complain because I had “nothing” to wear. That was before I met an orphan in Swaziland wearing rags.

I used to waste food every day. To toss half of an uneaten meal in the trash meant nothing to me. That was before I met my adopted daughter and saw pictures of her tiny emaciated frame and found out her birth mother abandoned her because there was no food in their Haitian village.

I used to go to the mall and drop $50 for another pair of shoes I really didn’t need. That was before I held the shoes of a little seven year old Swazi girl as she played. Those shoes were her most prized possession.

I used to arrive early when I would speak at retreats so I could make sure my lectern, lapel mic, and music were working properly so every detail would run smoothly. That was before I met a female pastor in Africa who preached the Word of God straight from her heart to a full congregation with nothing but a small tattered bible.

I used to complain about my mattress because it was 10 years old and I thought it was not comfortable like the ones I sat on in the store. That was before I saw a small boy in Haiti sleeping on his “bed”-a pile of dirty clothes in the corner of a dirt floor shack.

I used to get frustrated when I had a doctor’s appointment at 8:00AM and at 9:00AM I was still sitting in the waiting room-the air conditioned waiting room that had a TV and magazines. That was before I saw a desperate mother in Port-au-Prince who walked all day in the heat to bring her sick baby to a Mission Clinic.

I used to secretly sigh when I would get letters in the mail from Christian ministries asking for donations to help them support their programs. That was before I became close friends with the director of an inner-city ministry and saw first-hand how that ministry changed countless lives with very little resources.

I used to walk into church with my big leather bible, ready to be blessed by the pastor’s weekly message. That was before I worshiped in a cinderblock building with African Christians who had nothing of earthly value. They taught me more about worship in two hours than I had experienced in my entire life of “church-going.”

I used to want to protect my children from the horrible atrocities of this world by keeping them safe under my “wing.” That was before I put my 15 year old son on a plane with 18 other teenagers and 3 counselors to spend his summer in a Third World nation. He came home completely wrecked for the ordinary’ with deep spiritual insight he’d have never gotten at home under my motherly protection.

I used to read articles about AIDS and thought compassion was just to pray for them. That was before I invited a widow who was HIV+ and her son, to spend Christmas with our family several years ago. She taught me about true compassion.

I used to think that homeless people were in their situation because they drank too much, took drugs, or had somehow caused their own despair. That was before our family ministered to a homeless family. The father had been laid off and they couldn’t pay their rent. God showed me that they were no different than me.

I used to see statistics about the 154 million+ orphans around the world, and frankly those numbers where too overwhelming for me. That was before two of those orphans became my own children. Those statistics are now very much alive in my soul.

What about you? When was the last time you decided to ask God to break you free from your comfortable Christianity to show you how to learn real and genuine compassion? Ask Him. But, friend, beware. You’ll never be the same and you’ll never go back.

Lorie is a busy homeschooling mother of six children, including twins and two children who were internationally adopted -one from Haiti and one from Liberia. She has taught and ministered in Bible Studies for over ten years. She and her husband Duane are founders of Reaching Hands Orphan/Adoption Ministries. Through a partnership with Children’s HopeChest, Reaching Hands Ministries enables nearly 300 impoverished African orphans to receive regular food, clothing, and education. You can visit her website at lorienewman.com.