I’ve started making it a priority to go to the local soup kitchen for lunch each Tuesday. This is a bit of a sacrifice, since Tuesday has been the only day I get the house to myself. At the same time, it’s good for me, being an introvert with hermit tendencies, to get out and hang with friends who I usually see at Dinner on Wednesdays when I’m kind of working.

It’s good to be able to talk and listen without being busy at the same time. 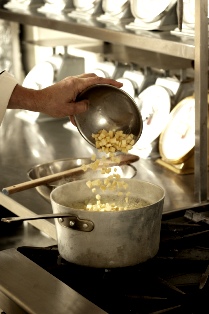 For example, this week over lunch, H. told me what happened to him the day after the yard sale. H. lived at Greenwood for a while, then he left for a few months and we’re really glad he’s back. He’s a musician, and a thinker, and an artist. He builds wonderful bird houses out of any bit of scrap you’d never look twice at, taking hours of laborious care to make and sand perfect little doors and windows that open and close.

When he moved back in, his old room had been taken so he was given the end unit at the back that no one wanted. It overlooks a parking lot where dozens of transport trucks are parked and the back road that leads to the factory. There were holes in the walls. Or maybe bits of wall around the holes. The toilet had been broken for months. The sink in the bathroom is smaller than the hole cut in the countertop. We’re not sure what’s holding it up. The plywood floor had been used by half a dozen cats for things that plywood floors ought not to be used for. The door didn’t close properly. Some of us voted for taking a chainsaw, hacking it off the building and towing it away, but H. is a man of vision. He’s renovating, combining his considerable scrounging talent with skilled, caring workmanship. I was kicking myself the other day for not taking some “before” pictures. Can’t wait until it’s finished.

H. is the guy who made the “Yard Sale” signs and put them out by the road, clamping them in place so drivers could see them as they passed. He had them up when I arrived to help sort donations on Friday afternoon, brought them in late Saturday and left them leaning them against the wall facing the back road.

Early Sunday morning, a “woman in a big car” had driven up the back road (why, I don’t know), stopped next to where H. was sitting, rolled down her window, pointed to the signs and asked, “Are you having a yard sale?”

H. answered that that was yesterday.

The woman in a big car asked, “Well, can I look through your junk?”

She drove off in a pique.

Anyway, on Tuesday, I was driving east on the way to Greenwood to pick up a lunch companion when I saw M. and M. walking in the other direction past the grocery store. I figured they were heading to the same place, so we stopped on the way back west and offered them a ride.

M. and M. have been bunking in with a friend for several months now, sharing his one room space because they haven’t been able to get housing, having been bumped from their previous motel room by tourists, who can pay more. They’ve been promised space at Greenwood, but the promise hasn’t yet borne fruit. Right now they’re enjoying their friend’s absence while he visits family out of town for a week. He should be back any day.

They’re a really nice couple. I don’t know their whole story. Just that M. limps badly and speaks with a bit of a slur because he was in a nasty car crash a while back that left him in a coma for a couple of months and in the hospital for 2 1/2 years. He’s been having pain in his legs lately that he thinks might be arthritis, but may be from the injuries. He’s very polite and pleasant and often offers to go get me a cup of juice to drink with Dinner. I feel a bit guilty saying yes, thanks, but he limps over to the drinks table and limps back with my Fruitopia. He never leaves on Wednesday evening without saying “Thank you for the dinner. It was delicious.” and shaking my hand.

The other M. is a gracious woman with vaguely worried eyes, a beautiful smile and a very funky brown corduroy hat that I’m trying not to covet. They look after each other.

Tonight, she took an extra piece of rhubarb pie after supper. First, she asked if it was OK, and then she described for me how she was going to go ‘home’ and shut the door, sit down on a comfortable chair, and just spread out, put up her feet and enjoy her pie with a cup of tea, and “watch a movie or something” and how great it was going to be. She sounded like she was singing a hymn.

But on Tuesday, M. and M. sat alone together at lunch, enjoying their hamburgers and corn on the cob. This lunch is put on by a group of people working under the auspices of the Salvation Army, using the facilities of an Anglican church, which isn’t really handy for most of the people who frequent the lunch, but it’s the only church kitchen in town that’s passed the inspection required by the local health unit. The lunch is good and healthy and graciously served and we seldom get soup and sandwiches. Unfortunately, it’s the only such meal, other than our own, all week.

When we finished eating, I asked M. and M. if they wanted a ride back, but they declined. Turns out that every week, they stay after lunch for a while. M. cleans and wipes all of the tables, while M. drags the chairs over to the wall where they’ll be stacked. Together they pile the chairs, tidy up the place, and fold and put away the collapsible tables. Except for one.

One table they set up with the right number of chairs so the volunteers who made and served their lunch can sit down and eat, while M. and M. start the long, painful walk home. This is their beautiful gift.

There’s a funny line between giving and receiving. For some people, the best gift you can give them is to allow them to give to you. For others, accepting a gift, no matter what it is, is nearly impossible. Others live a life of giving and receiving grace like the rest of us breathe.

It’s a puzzle to me how people living such a tenuous, fingernail existence can still be looking around, wondering, “What can I do for someone? Who can I help?” Looking for a way to give and to serve, and inventively finding little ways to give when they have nothing themselves.

Or maybe it’s not so amazing. Maybe a woman who can so gratefully sing a hymn to the pleasures of pie and privacy is just the person to understand that the cook needs to eat, too, and to do something about it. Ruth is a singer/ songwriter/ storyteller/ Norah Jones wannabe and Figurehead of the GTI. Her duties include saying yes to everybody else’s good ideas, leading church on Sunday morning, and trying very hard to learn lots of Johnny Cash songs (which is not appreciated by her husband and two sons). She downloads life at Greenwood at http://sgworship.blogspot.com