S. and her family are on their way. Everything is in boxes, the key has been arranged for. All there is to do now is actually go.

I had to work today, but swung by to say good bye and see if I could lift a few boxes and feel like I’d helped. When I got there, the truck was full and the trailer almost. S.’s man, the cranky Dutchman, was wrestling one end of a big wooden thing into place while the other end of it was being wrestled by Beautiful He.

Beautiful He and Beautiful She are a couple I’ve known for years and they get lovelier the longer you know them. He’s a builder and she’s an artist, both on canvas and in the kitchen. Every now and then T. B. comes to Dinner carrying a big tub of cupcakes from Beautiful She and everybody stands around looking at them and pointing out “I want that one” and rolling their eyes at the first bite.

They were both at the Motel today to help S. move with their big black truck and their trailer.

I first met Beautiful He and Beautiful She at a church I used to go to.

Most of the ones I’ve done involve the use of microphones and rehearsal.

One Sunday morning, we’d just finished our final practicing and I was heading down the hall to go check on my son in the nursery. 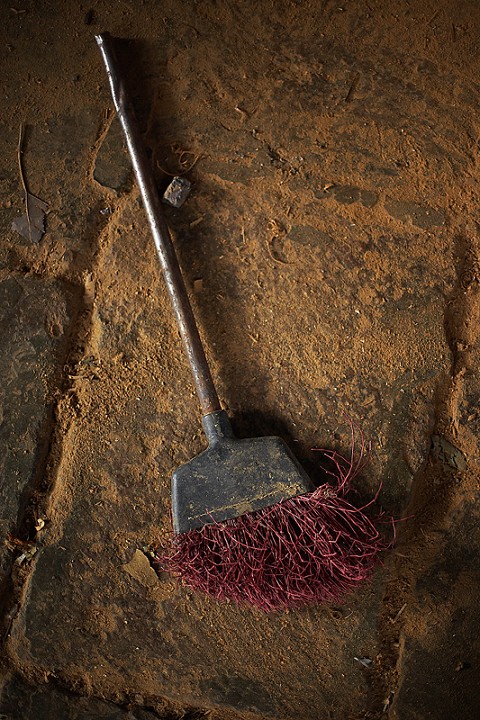 The soundcheck was done, the arrangements finalized. My head was full of songs, and key changes, and harmonies. I needed to check my hair and make sure my skirt was turned around straight and my mascara hadn’t run and then I was headed back to the platform for the ‘preservice song.

As I headed down the hall, I saw Beautiful She coming the other way. Also wearing a skirt, also with her hair done, also wearing heels. Carrying a bucket, and a mop, and a plunger.

She smiled as she passed and said good morning, Ruth, the practice sounded good. And away she went, turned down the hall to the bathroom and disappeared through the door.

I want to be someone who can get all dressed up but be willing to wield a plunger. To put on a pair of high heels, and go stand in a puddle. Who doesn’t take themselves so seriously ‘as an artiste’ that they’re no use to anybody. Someone who can be beautiful while cleaning up a mess because cleaning up messes is a beautiful thing to do.

Someone who’ll be truly available to whatever God puts in their path, to serve and to give and to love

Someone who’ll put down her paintbrush and leave her cozy easel long enough to get soaked to the skin by cold September rain, helping a virtual stranger move.

That’s who I want to be.

If you liked this article, check out: Back to the Person I Didn’t Want to Be

Ruth is a singer/ songwriter/ storyteller/ Norah Jones wannabe and Figurehead of the Greenwood Tower Initiative in Port Hope, Canada. Her duties include saying yes to everybody else’s good ideas, leading church on Sunday morning, and trying very hard to learn lots of Johnny Cash songs (which is not appreciated by her husband and two sons). She downloads life at Greenwood at http://sgworship.blogspot.com.