I met Willy almost a year ago. Willy has been homeless for some time now. Recently he came up and pulled me out of the group saying, “Hey Rev, come over here. I need to tell you something.”

I walked off to the side of the crowd with Willy and he began to tell me his story: “I just wanted to come over here because I didnt want people to think I was prideful or anything, but,” he said as his voice lowered and he leaned into me so only I could hear. “I have my own room.” He paused so I could let the significance of the statement set in.

“Your own room?” I asked back. 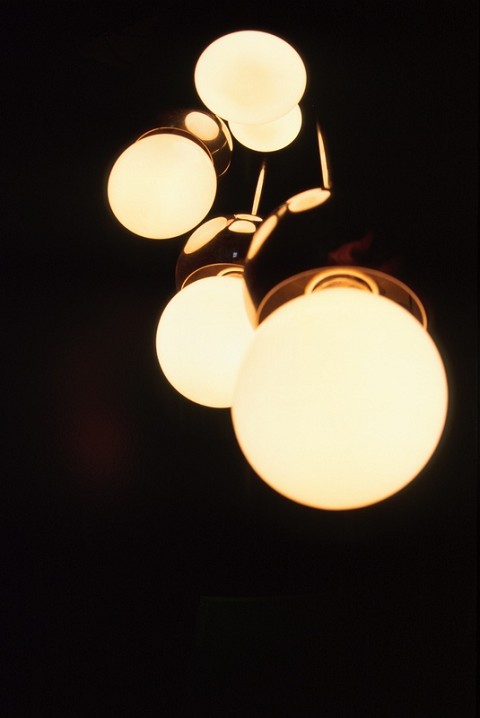 He nodded and continued: “Its been amazing. For the last two nights I have actually slept in a bed. You know, I usually just sleep on the concrete. But not last night or the night before. I have a bed now. I was at the Department of Labor the other day looking for work and all morning I was passed up. No one wanted or needed me. But I just felt like God was telling me to wait. I fell asleep waiting but late that afternoon a man comes over and wakes me up and asks do I want to work. Of course I do. And Ive been working for him since. So my room, not only do I have a bed, but I have a ceiling fan, too. Thats right, it works and everything.”

A huge smile formed on his face and his eyes began to sparkle. “You know whats best of all? I have my own light. My own light! Can you believe it? Its great. My own light!”

The excitement was simply flowing out of him as he explained how he would give up the bed, the fan and sleep on concrete in a hot room as long as he could keep the light. His own light. He winked and slapped his hand on his knee to emphasize joy stating, “And you know what Rev? Ill be sleeping there tonight!” Our conversation continued for another ten minutes as he credited God for the entire thing: the job, the bed, and even his light.

I love hearing stories of how God reaches into a persons life, right where they are, and gives them hope and meaning. I have pondered Willys light over the past few days and I cannot help but draw a parallel to my light. I am not referring to the one in my room or my kitchen or even the one I take for granted in the bathroom. I mean the light that God has given me.

This causes me to wonder how important my light is to me? How important is your light to you? Is it more important than daily comfort? If a choice had to be made between showing the light and sleeping on the concrete or hiding it to stay in a comfy bed, which would be chosen?

I believe that each day, we are given the choice to display our light. God places people in our paths who are living in a land of darkness and hopelessness or the edge of eternal death. Sometimes all it takes is one small light to bring back hope and life. This small light could be a smile, a hug, a quarter or the hamburger just picked up at the drive through. At other times it is a simple hello. Sometimes all it takes is for us to be light.

Brian currently lives in Georgia with his wife and two kids and serves a group of believers who have decided to actually live out a life that speaks of Christ. No longer satisfied with going to church but rather want to be the church everyday. He blogs at www.brianbowen.com.