I call myself a radical Christian. I have bravely declaimed the importance of living one’s life on the edge, of putting oneself in difficult situations simply because Jesus asks one to. I have worked up quite a fervor describing in detail all that was necessary for a life that was really worth living. All of this was well and good, but after a few years of listening to my rants and arguments, Jesus suggested that perhaps, someday, I could think about living out what I preached.

That’s when I heard about a group of Christians from a variety of churches who gather together each week to offer food and clothing, as well as communion, prayers, and kindness to the homeless on the streets of Portland. Each week, they serve between two to five hundred women, men, and children.

Over time, this group has begun to change my faith and to test my understanding of what it means for us to love one another. What it means to be part of “a family of believers.” And, it required me to put my revelations into practice.

In church, we are reading Hebrews 11, a chapter which praises followers of God for their faith. The one verse that shouted out to me was Hebrews 11:13, which states, “All these people were still living by faith when they died. They did not receive the things promised; they only saw them and welcomed them from a distance. And they admitted that they were aliens and strangers on earth.” 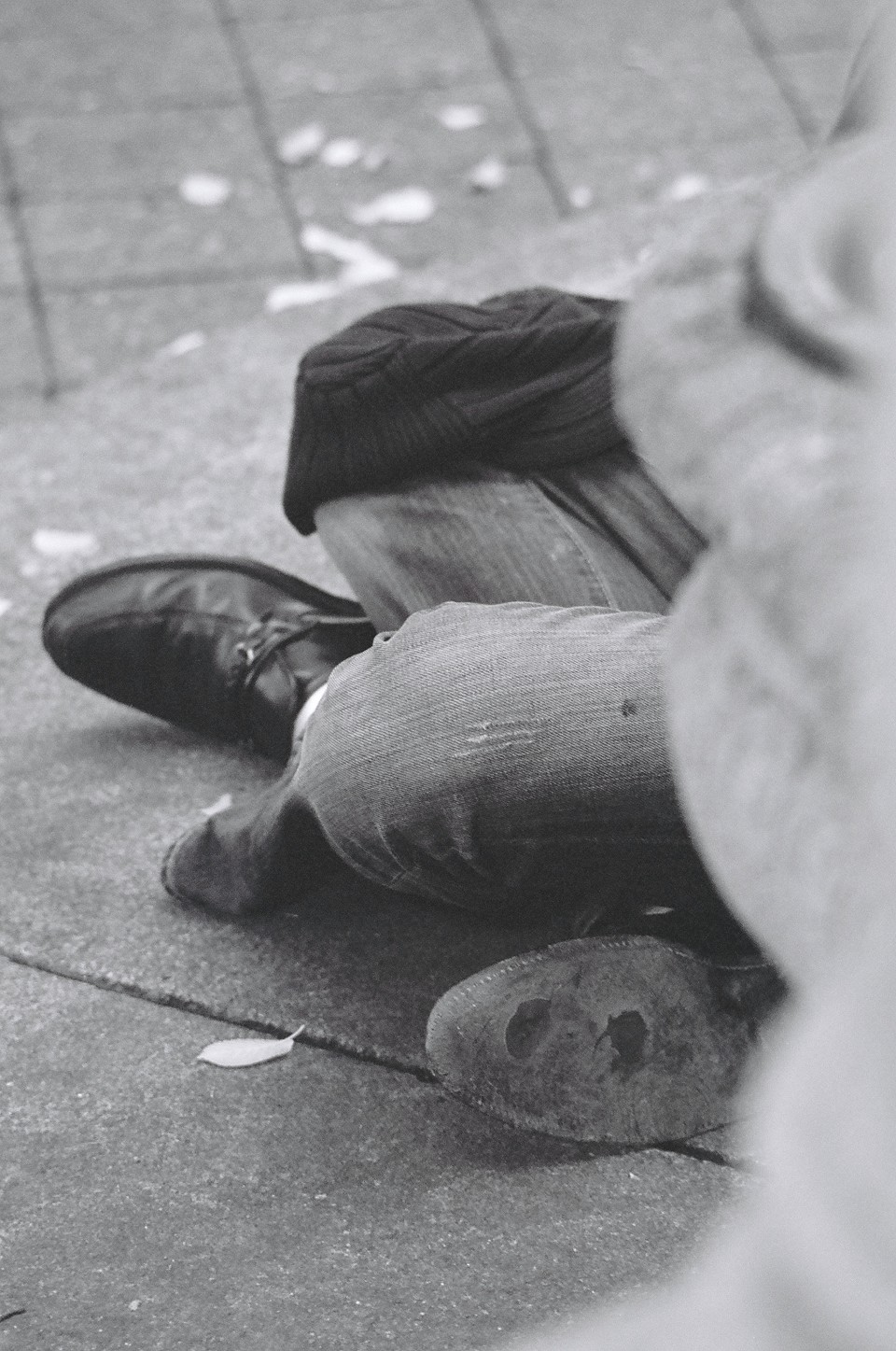 So many of us think of people living on the streets as Them. The dirty, the undesirable, the criminal, the dangerous, even the insane. The Outsider. The Other. Someone in no way like ourselves. We have clothes exploding out of our closets and would never dream of wearing the same outfit more than once a week, let alone every day. We have cars and DVD players and iPods and can afford to rush to the store to get the latest technological doodad.

In no way could we be mistaken for these people who live on the streets, wear the same clothes every day, and can’t even afford food for themselves regularly. We are the homed.

But that is not the life that Jesus has called us to.

Jesus has called us to be strangers and aliens on earth: never to feel at home on this planet, never to be free of the stigma of “outsider.”

We are called to simply follow the example of our leader. Jesus himself did not have a home. He did not have a well-paying job in a clean office. He did not collect items that would bind him more tightly to the earth. He had little money, little status, and many adversaries. And he rejoiced. He knew that what mattered was not possessions, not status, not praise. What mattered was loving God and loving people – exactly as they are. Exactly as we are.

When God looks at us, he does not see our clothes. He does not see our jobs. He does not hear the praise lavished upon us by the world. He sees our hearts. He does not love a corporate executive any more than he does the drug addict passed out on a street corner. His compassion and grace are offered to both. In Jesus’ eyes, we are the homeless. We are the lost, the dirty, the helpless, the pathetic, and the pitiful.

We are all homeless on this earth. That is the calling that God has for all of us who have called him “Father.” We are not to feel comfortable, not to feel safe, not to feel secure. We are to take risks, to suffer, to give of ourselves to others, and to have faith that God will guide us through even the most dreadful and dark night.

At any time, God may call any of us to leave what we know: to leave our homes, our jobs, our families, everyone and everything we love in life. He may call us from prosperity to poverty, from health to sickness, from community to solitude. He does not want us to get too attached to the things of this world, but to hold tightly, and only, to his hand.

It takes remarkable faith to thrive on the streets. To be homeless means to live without security, to trust God enough to hand everything over – including where one will sleep and eat every night. The homeless have no ties to this world, and so, cling more tightly to what is certain – the love of God for his children. Sometimes, that faith is all they have. And much like Abraham and his peers in Hebrews 11, they may not live to see their faith fulfilled. And yet they keep on.

Who knows? It may turn out that living on the streets may have been a blessing, that it may have reflected God’s great faith that this individual could overcome and succeed where others would quail. He may have offered them the glory of following in his footsteps, himself a stranger and an alien on this earth.

Michelle Hudgins has been working with the homeless in Portland, Oregon since 2005. She has a day job, too. Photo by Andrew Miller.

To learn more about or contribute to efforts that support the homeless community in Portland, OR, please visit: