I once was eating lunch in downtown Nashville with a friend. We met at an ice cream shop, but relocated to the Cheese Steak Factory (not to be confused with the just-as-delicious Cheesecake Factory) for toasted sandwiches. 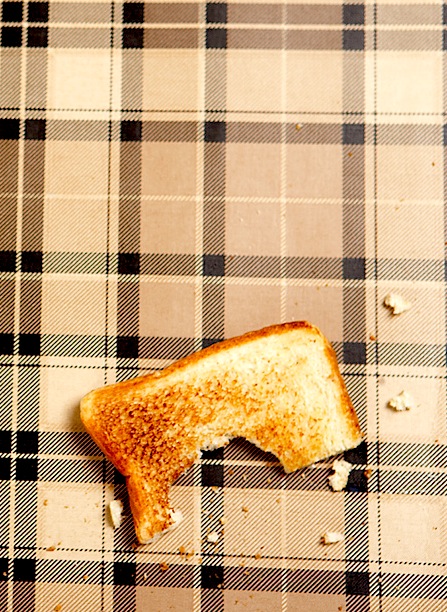 During our meal, my friend told me about his mission trip to Tanzania, and I mentioned some of the work that I do with missionaries. We talked about Jesus, about how God was challenging us to care for the poor, and how we wanted to serve Christ wholeheartedly for the rest of our lives. What was ironic about the whole conversation was that Jesus was sitting beside us at an adjacent table.

That day, it was particularly hot in middle Tennessee. For the most part, the summers are bearable in this city, but there are a couple weeks that are really scorching, and during that time, there are at least a few days where if you step outside for more than ten minutes you’re certain to melt. It was one of those days.

In the midst of our lunch conversation, in walked a man in his mid-forties. He was drenched in sweat, and the only reason we noticed him was because of the stench that wafted past us as he searched for a place to sit. He didn’t order any food, only a glass of ice water. The cook glared at him, and a few minutes later the manager came out to talk to him. Apparently, the two knew each other, because the manager told the vagrant that he could only hang out here for a few minutes, if he wasn’t going to buy anything. Yes, he understood how hot it was out there, but this is a business, you know?

As our conversation was wrapping up, this bedraggled-looking man kept catching the corner of my eye. I’m not sure exactly why, but I think it was the conviction that talking about Jesus and not doing the things that Jesus said just don’t go together for me any more. I know that it was just some guy sitting at a table beside me, and the conversation I was having with my friend was, indeed, edifying, but I couldn’t shake this thought:

My friend and I said a prayer, I bade him farewell, and then walked over to the homeless man at the table. “Hey,” I said. He looked up at me and greeted me politely. “I’m Jeff,” I said, extending my hand. He shook it and muttered back his own name: “Eli.”

“Nice to meet you, Eli. Hey, are you hungry?” His eyes lit up, and he said he was. I suggested a sandwich from the menu, and he eagerly consented to it. I went to the counter for the second time to order some food. The cook gave me a curious look but rang up my second sandwich of the hour. Eli and I visited for a few minutes, waiting for his food to be made. He told me that he was a musician; he came to Nashville to “make it big,” but that never happened. He ran out of money, started staying on the streets, and just never left. He still sometimes plays in bars to earn extra cash and sings karaoke for fun when they let him. He told me all the best music venues that you never knew about in the city.

“Order up!” shouted the cook. I grabbed the sandwich, chips, and bottled water, thanking him. The manager eyed me, came out and said, “That’s a real nice thing you did for him.” I nodded, feeling a little uncomfortable. I brought the food back to Eli, and we talked while he scarfed down his lunch. He shared a few chips with me and I sipped my own water, listening to him tell me about his life.

At the end of the conversation, I offered to pray for this new friend of mine. Eli agreed to it, and afterwards said, “You know… I’ve never broken bread like this before with someone else.” I chuckled, not sure if he was just saying something religious-sounding to appeal to me or if he really meant it. I pondered it for a moment and then admitted: “You know, I don’t think I have either.”

I had a friend once tell me how the homeless taught him the true meaning of “Give us this day our daily bread…” To truly depend on the mercy of God for where your next meal will come from is a level of humility that most of us haven’t dealt with on a regular occasion. And yet, Jesus’ rag-tag group of followers understand the meaning of this. They had left their jobs, their homes, their families; all sense of security was thrown out the window, because of this rabbi who told them to lay down their lives, pick up their crosses, and follow him.

Praying for our daily bread is more than just saying a half-hearted “thanks” at the dinner table; it is completely leaning on your Creator to alleviate that hunger pang in your stomach. But perhaps even more than that, it’s breaking bread with the most unlikely dinner guests; maybe as the Body of Christ (who was the “bread who came down from heaven”) we can feed a world that is dying of hunger, poverty, and loneliness.