Your parents dont want you, or cant raise you, or perhaps, are deceased. You live with 30 or 75 or 200 other children in one of the almost 2,000 state-run orphanages in Russia, and your days are ordered by meals, classes, and the institutional routines adhered to by everyone around you. 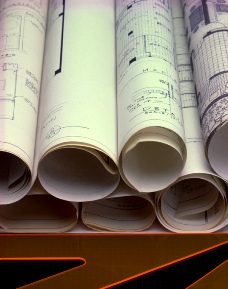 Traumatized by abuse and abandonment, you are developmentally delayed, or simply terrified or confused or shy, or for some combination of reasons generally unable to respond to the questions posed by adults in white coats who will determine your future with a flick of a pen.

Because of this, there is a good chance that you have been labeled oligophrenic–literally small-brained–a tag that will follow you for the rest of your life, preventing you from being considered employable for anything beyond the most rudimentary labor. You are offered a reduced-curriculum education and will graduate from the orphanage at 16 and go on to a technical school where youll receive minimal training in construction work, cooking, or sewing.

By 18 or 19, youll find yourself on the streets, without a job, family, connections, or support of any kind. After struggling for a time with homelessness and hopelessness, you will at this point–unless you are statistically exceptional–consider one of three options: commit a crime that will send you to jail, earn a living through prostitution, or end your life.

Such is the journey of the typical orphan in Russia, a country that is home to approximately 842,000 institutionalized orphans, with another 100,000 more living on the streets, according to recent reports from the government. Struggling to recover from 70 years of Soviet rule and to rebuild an economy in which, according to the Red Cross, 40 million of its 147 million citizens are living below the U.N. poverty benchmark of US$1 per day, Russia is one of the few countries that boast a higher death rate than birth rate. Children are not a priority here, and orphans–the least valued both in economic and human terms–are at the very bottom of the food chain.

It is into this atmosphere that Childrens HopeChest comes bearing gifts with which the orphans–and in many cases their caregivers and administrators–are completely unfamiliar: intangible gifts such as faith and friendship and concrete gifts such as life skills and ongoing support.

Childrens HopeChest (CHC) works with over 10,000 orphans in 72 orphanages in Russia, Romania, and, most recently, the Ukraine. While the U.S. staff remains small, CHC has grown from 10 to 77 Russian staff members and from nine to 17 programs in just the last four years. 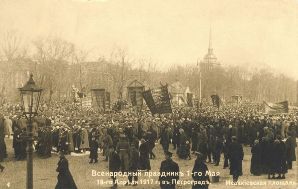 They partner with government officials and existing ministries in those countries as well as with churches and corporations in the United States to offer the orphans both Gods love and practical help, providing a future of hope where there once was little or no future at all–as CHCs motto puts it: Confidence to fly and a safe place to land.

While other foreign agencies focus exclusively on adoption or humanitarian aid, CHC chooses to take a more comprehensive approach to helping orphans. That makes it hard when were trying to raise funds to support our programs, says Tom Davis, CHCs director on the U.S. side. It can confuse people when we tell them all the different things we do to address the changing needs of the kids, but when youre involved in the life of any child there is no one single issue that needs attention.

Its much more complicated when youre working with an orphan because their issues are multifaceted and also very intense. Once CHC has gained access to an orphanage, they provide love and support from the preschool years all the way through young adulthood, ultimately helping kids mature into responsible Christian parents themselves who will be able to offer their own children a radically different childhood from the one they themselves experienced.

God speaks repeatedly throughout the Bible about his heart for orphans, says Matthew Monberg, CHCs director of development. In 1 Peter 5:8 it says, Your adversary the devil prowls around like a roaring lion, seeking someone to devour. The devil prowls and seeks and eventually finds the perfect victim: orphans, a population without loving parents, without advocacy, without spiritual protection or so many of the other things that we take for granted in our lives. What better way for Satan to strike at the heart of God than to devour and destroy these children? So this begs a response from us: What will we do? There is no Plan B for bringing Gods love to orphans–its us.

If you liked this article, check out: Help! Half Our People Are Dying

Kristyn is editor of PRISM Magazine. Published by Evangelicals for Social Action, PRISM magazine encourages relevant, compassionate Christian witness, grounded in the transforming power that Christ brings to the whole of our lives. You can also visit the Children’s Hopechest website at hopechest.org.